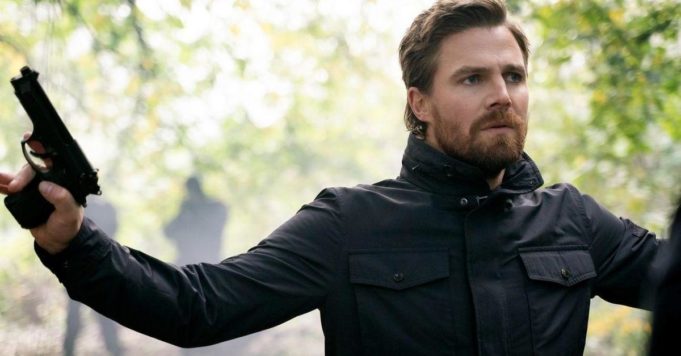 Stephen Amell is getting ready for his new series called Heels! Moreover, he had to adopt a new look that changes him from that of Oliver Queen in Arrow.

Fans can’t wait to find Stephen Amell on their screens. After playing the role of Oliver Queen for eight seasons in Arrow, the actor is preparing for new adventures. He landed one of the leading roles in a new series, called Heels. Moreover, a few days ago, Stephen Amell announced the start of filming of this series dealing with the theme of professional wrestling. The ex actor D’Arrow is very active on his social networks and loves to share updates about his projects. His latest post reveals him with a brand new look that changes him from that of the Green Arrow and in full physical training!

Stephen Amell recently shared a brief video on Twitter that gave fans a glimpse of the intensity of the show’s build-up. The interpreter of Oliver Queen in Arrow seems a little short of breath and sweaty as he recovers from the training elements he just did. He doesn’t explain what he was doing before the clip, but it’s pretty clear he worked hard. He wears a bandana on his head which could become a key accessory in the show. This series could therefore be even more physical than Arrow. Heels is a story of men and women chasing their dreams in the world of small town pro wrestling. While waiting to learn more, find out which Scandal actress joined the cast of Heels.