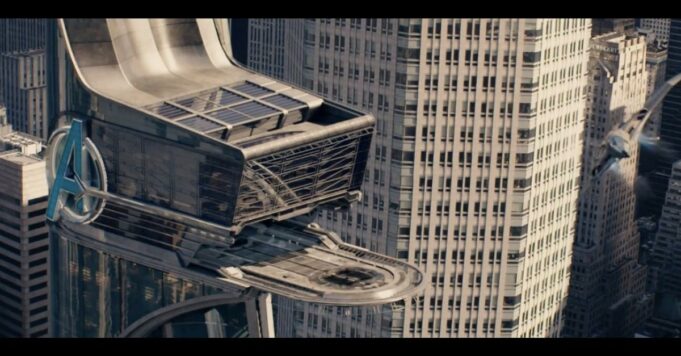 Hawkeye has confirmed that the Avengers Tower was sold by Tony Stark a few years ago. Find out who bought this famous tower.

The Hawkeye producer spoke on the show’s opening scene, which features a 2012 return of the Avengers. We see in particular the tower of the Avengers in front of the apartment of Kate Bishop and her family. When Clint announces to Kate that she needs to go to a safe place, she quickly assumes that the superhero is going to take her to the Avengers Tower. He answers and sets things straight: “Tony sold it a few years ago.” Although we have since known Spider-Man: Homecoming that the tower was sold after the events of Civil war, it’s obvious that the MCU continues to tease the return of this building. Who could Stark sell the Avengers tower to?

Valentina De Fontaine first appears in Falcon and the Winter Soldier then in Black widow. Important character of this phase 4, Valentina has already recruited John Walker, Zemo and Yelena Belova for her hybrid Dark Avengers / Thunderbolts team. Like the original Avengers, his heroes will need a HQ to come together and his organization goes against the Avengers so why not appropriate one of the many symbols of the group of superheroes? So it’s not impossible to see the tower in future projects focusing on these Dark Avengers hybrids. The MCU is reportedly in the works for a Thunderbolts movie with Countess Valentina de Fontaine at the helm, will we see the tower?

Mister Fantastic could very well have obtained the tower sold by Tony Stark. From the Avengers to the Fantastic Four, there is only one step. The Avengers tower would thus become the Baxter Building the HQ of the Fantastic Four, the project being in development on the side of Marvel Studios, it is not impossible that this group of superheroes already have their new building where to meet after the missions . It wouldn’t be the first time the MCU has teased the arrival of the Fantastic Four, we had already had the opportunity to discover an iconic villain in the anthology series What If …? few months ago.

WandaVision introduced us to SWORD, an organization created during the eclipse. Even though the organization has been the antagonist of the series, it is possible that they will not be in every appearance. This “new” SHIELD may become a band that lives up to its legacy. What could be better than the Avengers Tower as an emblem? In the comics, the SWORD is known for building an elevator into space. Located in New York, the organization could well recover a symbol of the Avengers and build its elevator there.

Rumors of Jim Carrey’s casting as MODOK have been popping up in recent days. The iconic actor of The Mask would land in the MCU in the next few years to play MODOK often associated with AIM in comics. Jim Carrey would appear in several MCU projects including Captain america 4 facing Sam Wilson (Anthony Mackie). AIM could replace HYDRA which has caused the Avengers a lot of trouble in the past. In addition, AIM is an organization that we know well since it arrived in Iron man 3, she will know a new face and with a successful debut it is interesting for the MCU to reinstate her.