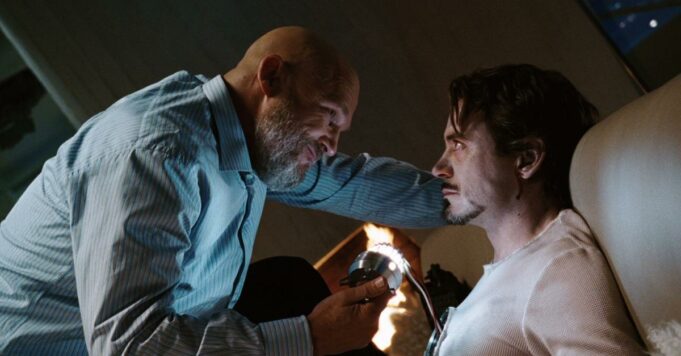 A reference to one of Tony Stark’s iconic enemies in the MCU crept into the first episode of the Hawkeye series.

Warning, this article contains spoilers on the series Hawkeye. It’s time to meet a new character in the MCU thanks to Hawkeye, whose episodes 1 and 2 are finally available on Disney +. The archer of the Avengers indeed crosses the road of one of his biggest fans, Kate Bishop, who does not hesitate to use her gifts for archery to meet the challenges of her friends. This is what she does in the very first episode, trying to ring a bell from a distance. The mission is accomplished, but it leads to the destruction of the tower, and the beginning of problems for Kate.

In this sequence, it is not only the talents of the new heroine that should be noticed, but also the name inscribed on this famous bell tower. As you can see from the images above, it is indeed a building named in honor of Obadiah Stane. Is his name familiar to you? This is the former partner of Tony Stark, who in Iron man had orchestrated his kidnapping by the Ten Rings gang, and attempted to steal the technology he had used to build his armor. This antagonist who marked the first film about Tony was played by Jeff Bridges.

Since the name of the tower, Stane, was given in 2006, one can already assume that this was not done to pay homage to him after his death. Perhaps he was one of the generous donors on campus? Between winks like this, the musical on the Avengers or images of the battle of New York, what is certain is that this start of the season ofHawkeye is bound to bring back memories for MCU fans. See you next Wednesday to discover a new episode of the latest series from Marvel Studios.