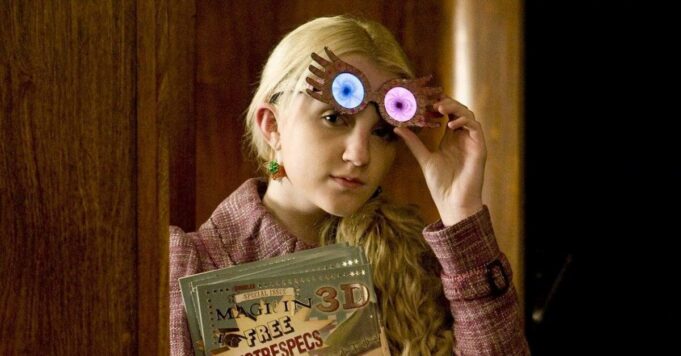 The interpreter of Luna Lovegood in the Harry Potter saga regrets that this scene was not integrated in the films.

The outcome of the saga Harry potter provided a satisfying ending to the Potterheads. However, despite seven novels filled with twists and turns and magic, their author, JK Rowling, recently admitted bitterly regretting not having integrated a graduation scene. If it would have been pleasant to discover through the pages but also on the big screen such a ceremony, the novelist is not the only one to have expressed her regrets about the universe of the wizard with the scar. Indeed, Evanna lynch, known to have played the sassy Luna Lovegood recently benefited from an interview with Insider to reveal the scene that she would have liked to see appear in the films Harry potter.

The sequence in question concerns a passage from the book Harry Potter and the Half-Blood Prince during which the witch is aboard the Hogwarts Express and interacts with our hero. “Luna would say something like, ‘People don’t expect you to be friends with them, they expect you to have cooler friends.’ And Harry would say, ‘You’re cool. ‘and she was like,’ Oh, thank you, that’s really cool. ‘I think that was an important moment. Luna is someone who is so at peace with herself and who accepts herself no matter what. is coming. But she really cares about her friends. She has a really tender heart. ” remembers Evanna Lynch. During the interview, the actress also brought up a scene her character shared with Ron Weasley in Harry Potter and the Order of the Phoenix. If she would have liked the relationship between these two characters to be further developed on the big screen, the actress finally concluded the interview by confessing that she had also fought for the funeral of Dumbledore. A sequence that was ultimately too expensive to produce in terms of sets and staging. Definitely that makes some regrets!