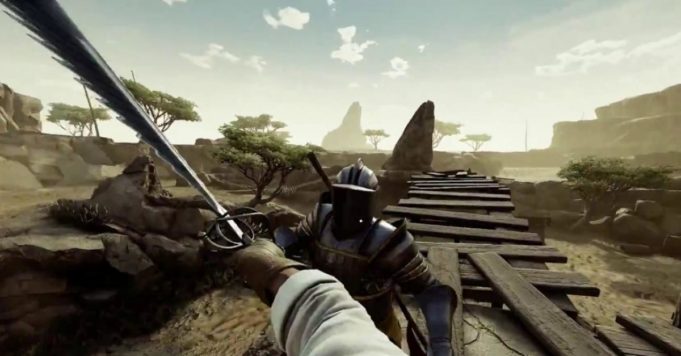 Need to let off steam, and you’re starting to get bored of guns? Embrace the valiant knight in you with these games that focus on melee combat, and more specifically with the sword.

What better way to decide who between you and your friends is the most badass, than to launch headlong into a sword duel? Several games offer this possibility, whether we are in the most total realism in 3D with stamina bars, or the more arcade delirium in 2D. In addition, there is a slightly more dignified and respectable side to the sword duel compared to the traditional gunfight, we must admit … If you win a duel against a friend in one of these games, he’ll have to respect you. Not to mention that this time, he will not be able to camp with a sniper …

What’s cool about Mordhau is that it offers a pretty impressive number of game modes: you will be able to launch into great battles in team deathmatch, or try to be the last survivor thanks to the Battle Royale mode, or even try to ensure your domination in 1v1 matches (which also benefits from a ranked mode). There’s plenty to do with this game that lets you alternate between first and third person views. A must-have if you like this kind of game.

Under its ultra simplistic looks and graphics that don’t really appeal to you, Nidhogg 2 hides incredibly fun 1v1 gameplay with a friend. The goal is simple: succeed in reaching the enemy area by preventing his opponent from fulfilling the same objective. For that, you will have to fight with the sword, choosing the position of the latter (low, high or standard). The result is an incredibly addicting and fun two-player game that plays on both reflexes and mindgame.

Despite a difficult start, For Honor has been able to create a dedicated fanbase over the months, until it becomes a small unexpected success. And we must admit that the game has many qualities: a gameplay as tactical (it will be necessary to parry, position yourself correctly, use your reflexes) as brutal with violent executions, the possibility of playing a knight, a viking, a samurai or a gladiator … In short, we hear little about For Honor but it remains an excellent sword fighting game.

We cheat a bit: everyone knows that the Samurai do not use swords, but Katanas. However, in the stabbing genre, Samurai Shodown was able to surprise the world of versus fighting last year when it was released. An extremely balanced game, rather easy to understand and difficult to master (the mark of very good games), which offers excellent Katana fights based on both patience and tactics.

A very realistic gameplay style with mechanics to parry, block, knock out or sting your opponent, that’s what Chivalry offers. It’s a game that requires good timing, positioning and reflexes from the player. It can get a little austere at first, but when you start to understand how it really works, that’s where Chivalry really comes into its own.