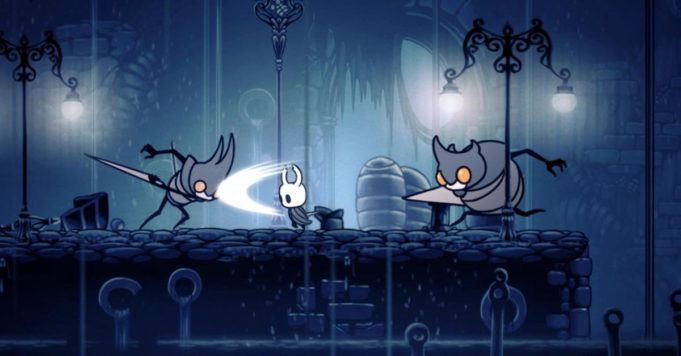 Thanks to many independent studios, Metroidvanias are becoming more and more popular. In question, various recent classics which have allowed the genre to gain a rather insane base in the industry. It just goes to show that doing something new with something old still works quite well!

As the name suggests, the Metroidvania genre is clearly inspired by two influences: Metroid and Castlevania. So, Metroidvania will generally be a 2D exploration game, offering platform phases but also action / combat to the player, like the two references mentioned in its name. From a decade, the genre has become more and more important, in particular thanks to various independent studios which have been able to offer their own vision of the genre. Among them, some have become classics, like the ones we will discuss here. This list is not exhaustive, but all the games mentioned here are clearly worth a try.

The champion in all categories. Hollow Knight is arguably one of the most beloved indie games of the past decade, for a number of reasons: it offers an original universe, an incredibly rich gameplay which keeps the player alert and in suspense for more than thirty hours, over the course of an adventure which never ceases to oppose a real challenge to the player. If one had to test one, it would be this one … while waiting for Silksong!

More than a Metroidvania, Axiom Verge is downright a Metroid-Like. It takes up the science fiction universe, vertical and horizontal progression in a 2D world, the possibility of discovering new weapons over the course of the adventure, and a very pleasant gradual difficulty. In other words, if you miss the Metroid 2D, give Axiom Verge a chance, it might surprise you!

Dead Cells is definitely a Metroidvania (evolution in a 2D world with a map, various objectives and levels), but it adds a twist to this classic structure: it is also a rogue-lite! In other words, with each new game, we discover new objects, enemies, and even new levels. Dead Cells is a perfect example of a game that has made new things out of old.

If Blasphemous is clearly a Metroidvania, it is also inspired by certain mechanics of Dark Souls games, such as the Stamina bar, limited potions, a very dark imagery as well as a certain hardcore side which will not fail to rage the less persevering. An instant classic upon its release a few months ago.

The youngest on this list, Phonoetopia, has just arrived on the US eshop. We will have to wait a few more weeks before discovering it here, but according to the first feedback, it could well be the best Metroidvania since Hollow Knight. An enchanting world, exhilarating progression and gradual difficulty, these are the qualities of this game that we will have to keep in our sights …