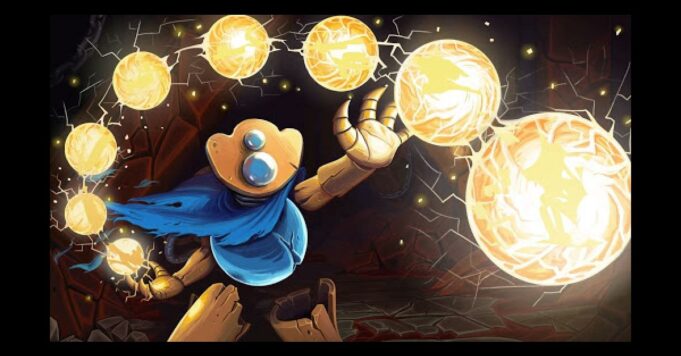 If you love chance and card deck building, then these games are for you! Some are playable solo for relaxation, while others are a bit more competitive. Either way, they should give you a great playing experience with cards!

Let’s be clear: in 2021, there is no shortage of card games. They can be found everywhere, whether virtually or in real life. Nevertheless, among the mass of games available, it can sometimes be difficult to find your way. Good card games are scarce, so here we offer you a small selection of real safe values.. If you like chance and deck building, these games will be right for you, whether you like to play against other players, or enjoy a good single player experience to relax.

Slay The Spire is arguably the most successful and addicting single player card game of recent years. Moreover, since its release, many try to imitate it, but very few reach its level. Slay The Spire is a deck-building rogue-like to fight monsters in procedurally generated levels. In other words, with each new game, you can create a completely different deck of cards, which makes exploring the game always fresh, since each game will look new compared to the previous one. It’s a terribly addicting game, considered by many to be the most successful card game of the past 10 years.

Thronebreaker: The Witcher Tales is an excellent single player game taken from the universe of The Witcher, in which the player plays Gwent. As a reminder, the Gwent is the card game invented in The Witcher 3, a kind of mini-game that has pumped fans of the series quite a bit of time.. So faced with this incredible reception, CD Projekt was able to create a PvP game of Gwent, for players to compete against each other on the fictional card game. Then an excellent single player game, Thronebreaker The Witcher Tales was developed by the Polish studio. An excellent narration coupled with an addictive gameplay, always based on Gwent, will have enabled this game to benefit from a very good esteem success.

How can we talk about card games without talking about Magic The Gathering? Out of the question to finish this little Hall of Game without mentioning Arena, one of the most successful digital versions of the physical card game. Arena offers loads of gameplay possibilities and modes for fans of the Magic card game. It’s the perfect video game adaptation for those who love physical play and want a virtual version (opponents are harder to find in the real world). It is also a good entry point into this universe for those who do not yet know. In short, a game to be tested urgently!

Back in the days when Hearthstone was starting to lose its hype a bit, many ended up turning to Shadowverse, the anime counterpart to Blizzard’s game. Quite a few game mechanics are similar to Hearthstone, but Shadowverse is sure to pique the interest of those looking for a nice artstyle, engaging animations, and cards with interesting mechanics.. Because casually, Shadowverse offers real depth in strategy, offering lots of possibilities to those who like to spend their lives building ever more synergistic decks.

If Hearthstone no longer benefits from the early hype, the game of Blizzard inspired by the universe of Warcraft remains nevertheless one of the sure values ​​of the card games in PVP. Since time, loads of cards have been available, with loads of different effects, which can work both in its favor, but also against it: there is tons of content, but it can turn out to be rather intimidating for new players. Nevertheless, with its many game modes, including the most recent achievement Battlegrounds, Hearthstone remains a classic of card games.