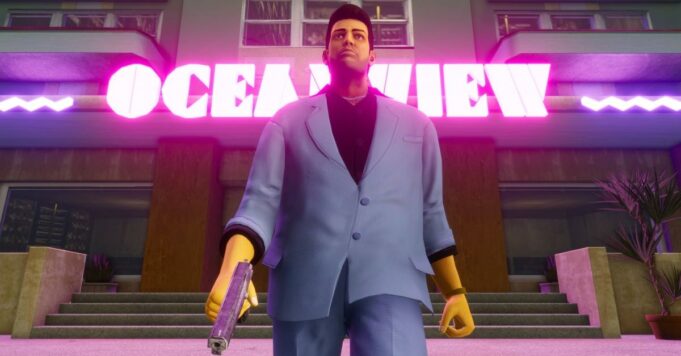 Can GTA The Trilogy be “saved”? It is believed so, with Rockstar promising regular updates. But modders are already taking their hand and fixing Groove Street’s mistakes.

Groove Street took care of the remaster of GTA III, GTA: Vice City and GTA San Andreas. A compilation called GTA The Trilogy (Grand Theft Auto: The Trilogy – The Definitive Edition) passed through our hands for a rather positive test. But let’s not lie to ourselves: games are full of flaws, mostly in terms of bugs. Other players do not necessarily appreciate the much more advanced cartoon art direction at the studio chosen by Rockstar. So a question arises: like other titles, will mods save GTA The Trilogy ? Because with an ever more united and devoted community, PC gamers have a golden chance.

The first fixes are coming

Check this out. Claude is getting the Tommy Vercetti treatment as well! Hope you guys like it 🙂https://t.co/0ZRoplR6kt pic.twitter.com/XAyvsSEU4S

GTA The Trilogy has only been available since November but modders were quick to come. One of them decided to correct one of the Groove Street choices that some players don’t like: the remaster versions of Tommy Vercetti (GTA III) and Claude Speed ​​(GTA: Vice City). Yes Rockstar promises that the build is going to be updated and improved over time, players don’t necessarily want to wait. Posted on Twitter, the mod available on NexusMods promises loyalty to the original designs of the characters. And to install the latter, all you have to do is drop the files into the corresponding game folder. Other examples exist such as the one allowing a better aspect of the rain. An element strongly mocked on social networks at the exit of GTA The Trilogy.

And other modders keep tweaking GTA The Trilogy to make it much more enjoyable to play. Because the game remains a big disappointment for its graphics problems, its performance, its graphics, etc. Rockstar even temporarily removed the compilation from the Rockstar Launcher due to an error. Players have also requested a refund. If modders get their hands dirty, it is also because this failure is one of the first of the company for several decades. Always expected as a rockstar, we can say it, the company is likely to pay attention to its next remasters. We think of that of Red Dead Redemption…

Games “saved” by mods in the past

In the past, modders have already ” Safe ” Games. We use quotes because everything depends on the example. For the most eccentric, Aliens: Colonial Marines was fixed very recently when a modder discovered that the artificial intelligence was suffering from a code issue. The mod therefore corrects the problem (but not necessarily the game, always bad). Some gamers also consider Bethesda RPGs, fallout and The Elder Scrolls, are less interesting in vanilla. The games therefore benefit from ” repairs »Thanks to the community ready to give a boost, for free, to the episodes of these franchises. Skyrim remains the best example!

A recent example also concerns Cyberpunk 2077. CD Projekt RED has hired members of the modding community: Traderain, Nightmarea, Blumster and rfuzzo. In a statement on Reddit, the first nickname quoted said ” We will be working on several projects related to Cyberpunk 2077 code and mod compatibility “. These modders were spotted after the creation of WolvenKit. An open source modding tool for The Witcher 3 and Cyberpunk 2077. NexusMods offers it and this software allows to add and modify mods very easily. So it seems that CD Projekt RED was amazed by the work of this small team.

So are modders going ” to save ” GTA The Trilogy ? In a way, yes. Thanks to the joint efforts of Rockstar and the community, always ready to tweak to create the perfect mix. The players will select the mods they want to add to enjoy the perfect experience.