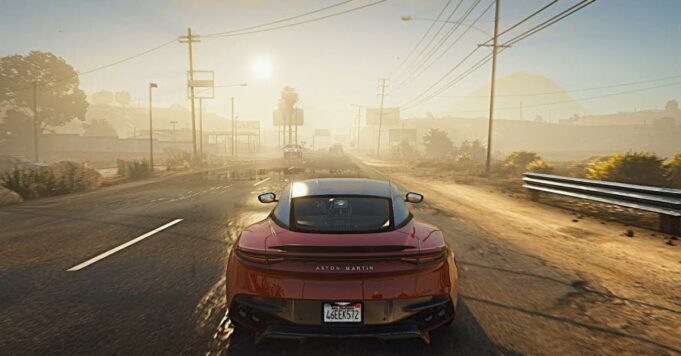 Since the release of GTA 5 in 2013, we have been able to discover lots of new open worlds that have conquered players. What if Rockstar was inspired by it for GTA 6?

There’s been a lot of talk about GTA 6 lately, especially because the rumors about it are getting more and more insistent. A few days ago, we were able to discover in particular a whole bunch of “leaks” (which must therefore be confirmed) concerning the next open world game from Rockstar. One thing is for sure: it should be very different from GTA V. And for good reason: GTA V still has almost 10 years of seniority, and since a lot of open world games have been able to bring a lot of things to the genre. Things that Rockstar could be inspired by for GTA 6, as we will see here.

Side quests as immersive as in The Witcher 3

One of the great qualities of The Witcher 3 is its immersive side, in particular thanks to premium side quests. Never boring, offering a complementary narrative sticking to the overall story, they are part of the salt of the game in a genre that is however generally lame in terms of side quests. We hope that GTA 6 will learn how to avoid fedex quests!

If Rockstar has never had too many worries about artistic direction (the goal has always been to offer a more photorealistic world), we must admit that we expect a real graphic gap between GTA 5 and GTA 6. And to allow the game to take on a new dimension, a strong and original artistic direction could allow the license to go to new skies.

A world always on the move, like in Red Dead Redemption II

One of the various reasons for Red Dead Redemption II’s success is the living side of the world offered to players. There is always something to do, something to notice in this take on Rockstar’s wild west. We hope to find something similar for GTA 6: wherever the player is, he must be able to discover a new detail, something that brings the generated world to life.

We can say whatever we want about Cyberpunk 2077: if one has managed to overcome the various bugs and company, the story and the characters of the game are particularly colorful and multidimensional. All in all, Cyberpunk 2077 offers some hyper-hunky storytelling and hopefully this will help inspire Rockstar for its own next open world.

A side a little more crazy like in Saints Row 4

The Saints Row license is undoubtedly one of GTA’s closest rivals, but it offers a twist in the treatment of storytelling, gameplay or characters: we are on a big nonsense. Filled with humor, the Saints Row games offer a feeling of relaxation that we would like to find in the next GTA.