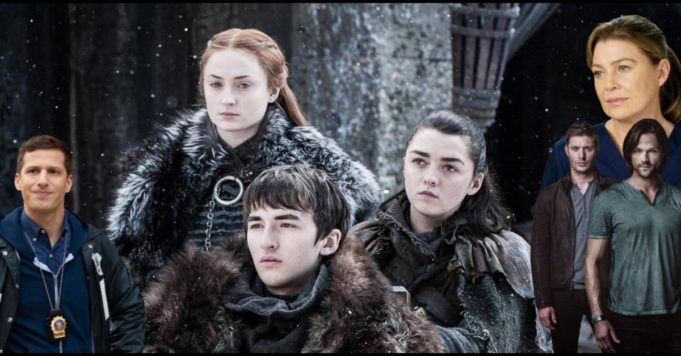 Game of Thrones is over, but it continues to live on through many more series.

You can no longer vote for Game Of Thrones but now is the time to find her replacement to find out who will win the 2020 Series World Cup, which you can vote for right here every day! With 8 seasons and millions of fans, Game Of Thrones marked a generation of serevores but it also revolutionized the television landscape. It is in particular for this reason that many other series refer to it, examples.

Between the episode in which a fan convention takes place and a few injured return to Gray Sloan Hospital for tell April that she looks like “Princess Dothraki” of A Song of Ice and Fire (personally we don’t see the resemblance at all with Daenerys), and Stephanie who tells Ben that “Winter is coming”, we see that some doctors still have time to watch GoT between two operations.

In a Season 2 episode, a demon (who else?) Tells Wynonna that “Something is coming / Something is coming”, to which she responds with her usual repartee “Winter? Yes we got the memo”. Yep, even at Purgatory, Winter is Coming.

Small marathon between the Winchester brothers, a character who “send their regards” before killing an enemy, direct reference to the series… Even the demon hunt doesn’t alienate the characters in the George RR Martin series.

Obviously it is Dwight who is most interested in Game Of Thrones in The Office, not only by detailing their viewing habits (“There is a lot of nudity in the series … which I put in fast forward to arrive at the time of the beheadings”) but also by wanting to teach Dothraki to Erin, who seeks to seduce Andy.

In season 4, it’s Spencer talking about the Lannisters, of their debts but also of Daenerys’ speech in the first season of Game Of Thrones. Like what she and the Liars still have time to be up to date in the series between 2 bizarre murders to solve.

Orange is the New Black

In episode 3 of season 4 of the series Netflix, Taystee and Poussey discuss Taystee’s new job with Caputo, and so she explains that she would be “Hand of the Warden / Main du director de prison” if GRRM wrote about prisons. What Poussey does not fail to answer that the hands of the king die each time in the series … And that’s without counting the “Winter is coming” who regularly land in OITNB like in many other series.

Ben is one of the biggest fans of Game Of Thrones and so it is with Donna, who loves the series too, that they talk about it the most. And Leslie doesn’t forget it because it’s downright a replica of the Game of Thrones that she gives to Ben, for his greatest pleasure. The references follow each other and are not alike throughout the series. 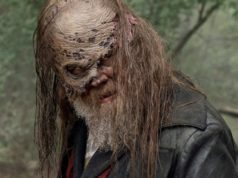