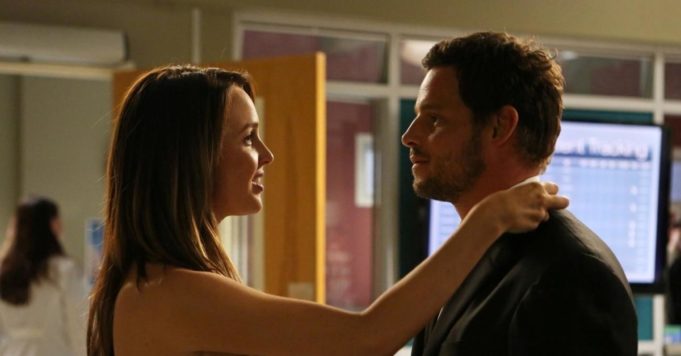 Alex will not be in season 17 of Grey’s Anatomy and Jo could find it very hard to forgive him for his departure.

The wait continues again and again and after we wondered if April would be back in season 17 of Grey’s Anatomy, it is now a character who will not be present in the new episodes aired on ABC qu ‘we’ll talk. Yes, Alex Karev (Justin Chambers) left his wife and friends during season 16 to return with … Izzie Stevens, mother of 2 children. A shock for the televiewers as for the characters since Alex and Jo were married a short time ago and always seemed so in love. This is one of the many reasons that made his departure difficult.

Another reason is that Jo suffers from a fear of powerful abandonment that she has often expressed to Alex. The young woman had a difficult past and thought she had found in Alex someone who would be there for her no matter what. But it is not the most cruel in all this history. What we find much harder to digest is that Alex made Jo suffer the exact same thing that Izzie made him suffer several years ago. After their marriage, Izzie left Seattle without giving any sign of life and despite his treatment still in progress following his cancer.

Alex was devastated and so he knows perfectly well what this kind of abandonment can make you feel. Yet he still made the decision to leave Seattle, lie to Jo about his destination and finally admit to him that he was going to stay with Izzie by letter. Suffice to say that all this is not really worthy of a character who has changed enormously over the seasons, and we already know that season 17 of Grey’s Anatomy promises to be difficult for Jo. All we can hope is that it will allow him to show once again his incredible resilience and that the writers will reserve some more pleasant intrigues for him.