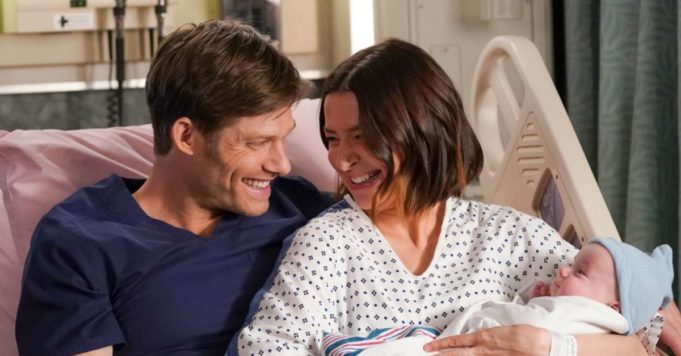 The couple Amelia / Link will be THE cutest of season 17 of Grey’s Anatomy.

While Grey’s Anatomy continues to fight to win the 2020 Series World Cup – which you can vote for right here every day – we are still looking forward to Season 17 and it promises to be more surprising than ever. But sometimes to know what the future holds, it is to the past that we have to look and this is what we will do here to look at 2 characters and their couple: Link and Amelia. The 2 surgeons have gone through a lot of hardships but it is together and happy that they finished at the end of season 16, in addition to being parents.

If we can blame Link for perhaps being a little too perfect, and Amelia for not always being very constant in her feelings, we must in any case recognize that their couple is adorable and that we all hope that their relationship will last. Fans of the couple have also noticed an interesting detail about the past and the character of Link and Amelia: they are both fans of superheroes.. We all remember the superhero pose that Amelia encouraged Stephanie to take before major surgery. And we also know that Link, called Thor by the children of Meredith, is particularly a fan of this fantastic universe full of superpowers.

It is also Link who, speaking of the team he forms with Amelia, compares them both to Batman. A universe that they seem to share and which only makes them even cuter. Despite their differences, Amelia and Link seem to be made for each other and one can only hope that season 17 of Grey’s Anatomy will not come between them once again. Obviously we know that the series is focused on the drama above all and in particular the love drama, but seeing a happy and fulfilled couple does a lot of good. We will have to wait a long time anyway before discovering the new episodes on ABC and knowing what awaits Link and Amelia.