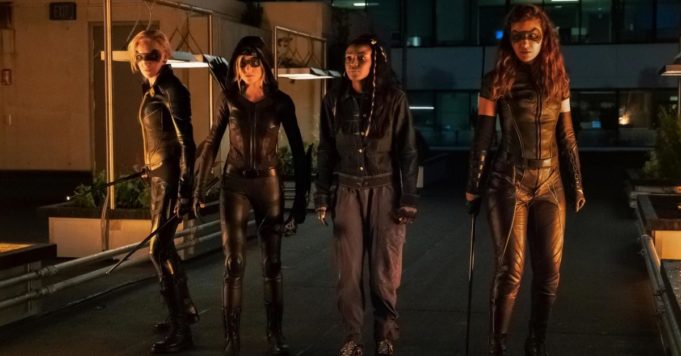 After so much waiting, does Arrow’s spin-off Green Arrow and the Canaries still have a chance to see the light of day on the CW? Fans are wondering!

The suspense is at its height … It has been many months since a new spin-off of the Arrowverse was teased by the CW. Episode 9 of Season 8 Arrow served as pilot for this new series centered on Mia, Laurel and Dinah in 2040. Entitled Green Arrow and the Canaries, this show had made the mouths water to all fans of the universe of the Arrowverse. It would have helped to continue the legacy of Oliver Queen through new, exciting and refreshing stories. However, since January, no information concerning this series has been communicated. Can the spin-off Green Arrow and the Canaries be ordered as a series or will the idea be canceled?

The fate of Green Arrow and the Canaries is most uncertain. After a rather successful pilot, the series was not commissioned by the CW. In addition, the coronavirus pandemic has surely had a direct impact on the decision of the network and the production. It is already complicated enough to ensure the filming of the flagship series of the Arrowverse, which became the CWVerse in the final trailer, that it is possible that this project is delayed or even canceled altogether. You will have to wait before knowing more, but this silence is never a good sign … While waiting to know more, do not forget to vote every day for your favorite show during the World Cup. 2020 series by clicking HERE.