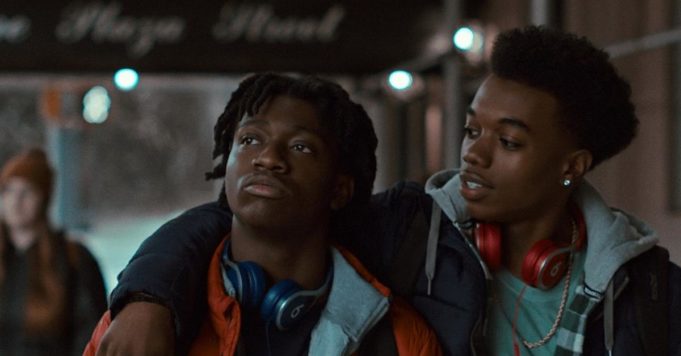 Netflix unveils the teaser for its new drama titled Grand Army. The series will go live in its entirety on October 16.

Back to school is synonymous with new series releases, and even if Grand Army is not on this list, it deserves a look! After 13 Reasons Why, Elite or Blood & Water, the platform unveils the teaser of its new teen show. Grand Army will follow the daily lives of five adolescents enrolled in Brooklyn’s largest public high school. They will have to stick together, while they will be personally confronted with terrible ordeals mixing racism, rape, harassment, poverty, coming out … If the teaser does not reveal much about the plot, the saxophone notes in the background teaser many moving passages!

This original series Netflix created by Katie Cappiello from her play Slut: The Play will be available from October 16. In the casting of this first season of Grand Army, we find Odessa A’zion, Amalia Yoo, Jayson Jackson, Amir Bageria and Odley Jean in the main roles. If the first images already take us to the heart of student life and its torments, some Internet users are offended to see that Netflix is ​​preparing yet another series for teens. Will it manage to stand out from the other programs already posted on the platform? Answer soon, but in the meantime you can still vote for your favorite shows during the World Cup series.