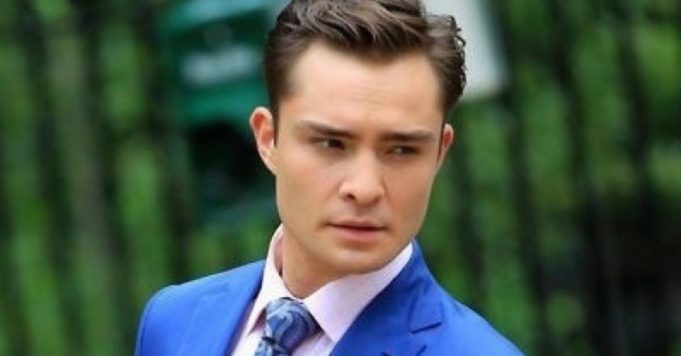 After a special announcement from Ed Westwick (Chuck Bass), fans are convinced to find the character in the reboot of Gossip Girl. Is it really possible?

The big question that tickles fans is: will we be able to find some old characters from the series in the reboot of Gossip Girl ? If for the moment, the return of Serena and Blair does not seem current, Ed Westwick (Chuck) has just been wickedly touched after making an announcement related to the series Gossip Girl. And for good reason, the actor posted a message on Instagram which immediately had the effect of a bomb on fans of the teen show. He shared a photo with writing “XOXO”, the famous letters of Gossip Girl, with the following message: “I have a little something for you … see you tomorrow at 1 p.m.”. For fans, it was all seen: Chuck Bass will be back to play some bad tricks on the reboot.

Unfortunately, the joy of the fans was only short-lived because the day after his post, Ed Westwick promoted masks with the inscription “XOXO”.“I think we all agree that the world needs hugs and kisses right now. Help me raise money for @kickitoui to fight racism and discrimination for everyone who plays, watch or work in football by buying my collection with @represent. Let’s all work together to make a difference! “, he wrote in comment on his photo. It was therefore the announcement promised and long awaited by the fans, who were obviously extremely disappointed!

I think we could all agree the world could use some hugs and kisses right now. Help me raise money for @kickitout to combat racism & discrimination for everyone who plays, watches or works in football by shopping my collection with @represent. Let’s all work together to make a difference! Link in bio xoxo

If Chuck Bass’s return to the reboot of Gossip Girl immediately seems less certain, nothing prevents him from making a surprise appearance! The actor has chosen to promote masks referring to GG for the fight against racism, but he could very well have chosen another emblem. It may be a way for Ed Westwick to take the temperature with the fans … He will at least see that they want at all costs to see him again in the reboot! “It’s not at all what we wanted to see as an ad, I hope you will be in Gossip Girl”, writes a fan, while another specifies that the flowers he is holding in his hand “are Blair’s favorites”. Ed Westwick has time to think about his return in the new episodes of the series because the release of the reboot of Gossip Girl has just been postponed!