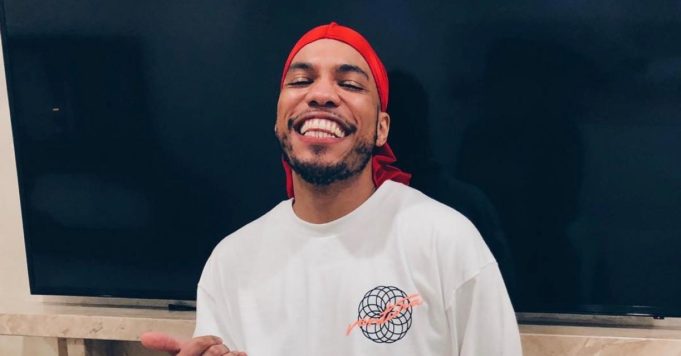 On Instagram, rapper GoldLink published a long message in which he attacks Mac Miller, whom he accuses of having copied one of his albums. Faced with this, Anderson .Paak decided to answer him while tackling him.

While Selena Gomez has said more about her new album which will be released in 2020, rappers GoldLink and Anderson .Paak started a war on social media. It all started with a post by the first, who did not hesitate to criticize Mac Miller, who disappeared in September 2018. On Instagram, the interpreter of “Crew” blamed Ariana Grande’s ex for copying her album And After That, We Didn’t Talk with his, titled Divine Feminine : “When we were on the GO: OD AM tour, I played my album And After That, We Didn’t Talk and you thought it was absolutely incredible (…) the single from my album was called “Unique” ft. Anderson Paak, and it was your favorite song at the time. You liked it so much that you spent your time listening to it during the tour party and you surprised me with a cake after my show “. And that’s not all…

Mac Miller I’d be lying if I said I was surprised to hear that you died on us. Not because you were necessarily troubled, but because you were special and because of that, you were troubled. At your peak, you were the archetypal rapper all of us wanted to be; which was independent. But also just a kid with really bright eyes about life. I’ll keep it short because I want to continue our conversation for when it’s my time to go. But I think what made you and I special is that we weren’t always on the best terms. So I didn’t always have great things to say about you. When we were on the GO: OD AM tour, I played you my album “and after that we didn’t talk”, and you thought it was absolutely incredible. I released it under the “Soulection” label and the single for my album was called “Unique” ft. Anderson Paak, and that was your favorite song at the time. You loved it so much that you made the entire tour party listen to it, and surprised me with a cake after my set. I always thought you drove yourself insane about your own music. So much that, you would adopt styles as homage to those around you that you loved. That’s where our problem started. Divine Feminine was an actual blueprint of “and after that we didn’t talk”. Your single was called “Dang!” Ft. Anderson Paak … you had Souelction support you on the Divine Feminine tour and when I tried to contact you, about anything at all … you never hit me. A close mutual friend ended up just hittin ’my DJ saying“ listen man, we love Link, but we just had to do what we had to do. And Mac said if he needs a verse at anytime, he got him ”We are family, you could always call me. Afterwards, we seen each other at Coachella, and you put your head down like an innocent child, but I told you to pick it up and I hugged you like the brother you are to me. You were the first person brave enough to openly say “he’s dope.”, And gave me a platform. That meant more to me than anything else. 3 days before you died, I remember pullin up on you at the crib, walking in the house and seeing the Divine Feminine album plaque on the wall. I was so proud of you and what YOU created for yourself. And I’m forever grateful for that

GoldLink then added: “Divine Feminine was a copy of And After That, We Didn’t Talk. Your single was called” Dang! “Ft. Anderson Paak … You had the support of Soulection (a label, NLDR) during the Divine Feminine Tour and when I tried to contact you, about anything … You never answered me “. Faced with these accusations deemed disrespectful by Mac Miller fans, Anderson .Paak also spoke on Instagram and tackled GoldLink before deleting his post: “You are not the first to make an album inspired by a relationship, you are not the first to make a song with Anderson .Paak but you are the first to disrespect without any reason to my friend who doesn’t is no longer here and I can’t stand this. ” After accusing him of wanting to make a buzz, he also said: “Mac took you on tour and made you known to his fans when you had nothing and is that what you say? You should be just grateful”… This is what is said! Meanwhile, The Weeknd released the melancholy song “Heartless”.