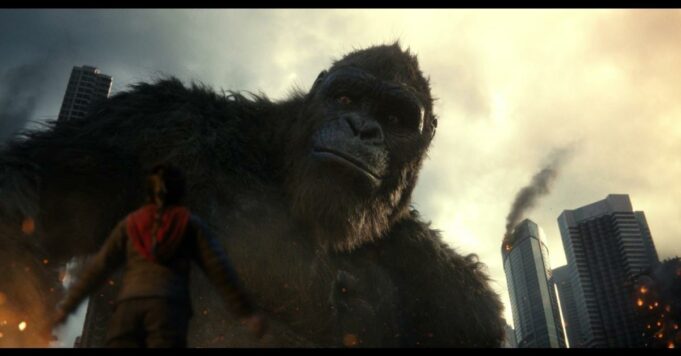 The director of Godzilla vs. Kong returned during an interview on the abortive prequel project he was originally supposed to offer to Peter Jackson’s film.

You may not have known it, but the clash of the two Titans was not originally planned in the Monsterverse. Indeed, during an interview with CinemaBlend, Max Borenstein, had confided that the introduction of the giant gorilla facing the prehistoric monster was not finally the subject of a development until after the release of the first film Godzilla in 2014. An interesting secret behind the scenes of the universe whileAdam wingard, the director of Godzilla vs. Kong, meanwhile revealed that he had previously worked on a solo film about the King of Skull Island. More precisely, in an interview Den of Geek, the filmmaker revealed that he had been approached to offer a sequel to Peter Jackson’s feature film, released in 2005.

“Mary Parent, the producer of the Monsterverse films came up with an art book on Skull Island as a kind of gift telling me: ‘Peter Jackson just saw You’re Next. He’s interested in you and Simon Barrett was developing a sequel to his movie called Skull Island. ‘” A quickly abandoned project which planned to set the action in the middle of World War I, that is to say before the events of the Great Depression portrayed in the Peter Jackson film, when the island would have been erased from the map thanks to a mysterious technology. If Adam Wingard did not return to the reasons for such an abortion, the director concluded by admitting that Peter Jackson had offered him valuable technical advice. Elements that could have been beneficial for the fight scenes, judging by the first reviews on Godzilla vs. Kong !