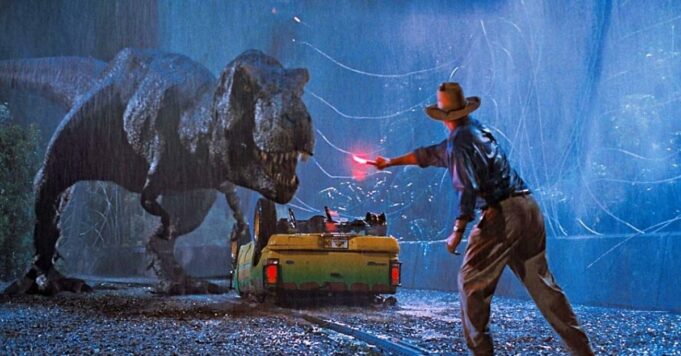 Godzilla vs. Kong made a funny confession about a possible connection between the Monsterverse and the saga created by Steven Spielberg.

Since the release in 2014 of Godzilla, the Monsterverse keeps getting bigger, the last chapter on the Titans, Godzilla vs. Kong, being expected on May 19, 2021 in French cinemas. If the filmAdam wingard should focus on the rivalry of the two monsters, the feature film will also film Monarch’s opposition to Apex Cybernetics. Although the intentions of this tech company are still a mystery, it’s still a safe bet that the company will seek to rid itself of the threat posed by the giant lizard and the King of Skull Island, the latest information unveiled on Apex l ‘having described as “a monumental organization acting in a nefarious way”.

A behavior that is not unlike that of several humans in the saga Jurassic Park, dinosaurs being seen as dangerous creatures that could threaten humanity. If this parallel may seem interesting for many moviegoers, Collider went so far as to question a potential link between the film and the saga created by Steven Spielberg, during an interview with the screenwriter of Godzilla vs. Kong, Max Borenstein. Specifically, the American media asked if Apex employees could have seen the feature films and if they existed in the Monsterverse. “I would say they exist because it’s the real world and Jurassic Park predates the 2014 Godzilla movie” replied Max Borenstein. A funny confession that could finally tease the disastrous future of Apex vis-à-vis the experiments that the company is carrying out with Mechagodzilla. Answer in theaters, within a few weeks!