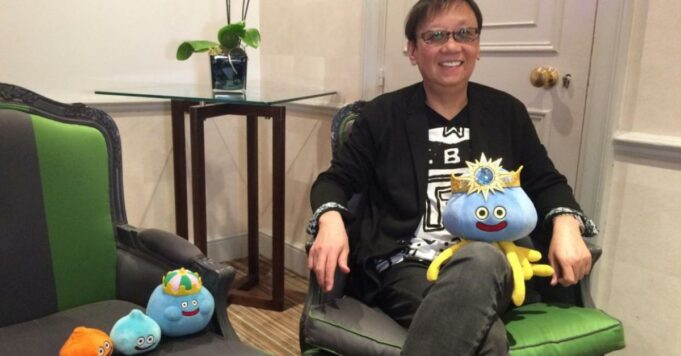 Yuji Horii is one of the big names in Japanese video games for a simple reason: he is the creator of one of the most influential and popular licenses in history. This is the head behind Dragon Quest.

When we talk about JRPGs in the West, we often tend to talk about Final Fantasy and most of Square’s games. And for good reason: here and in North America, Final Fantasy games have always received a rather incredible reception. Yet the Dragon Quest series has always been much more appreciated and popular in Japan.. A rather incredible dichotomy that is changing, since very recently, and in particular with the great success of Dragon Quest XI, the balance of power is changing. The Dragon Quest franchise has never been so popular in the West, and things don’t seem to be going to end for what was once Enix’s flagship license. Today, we pay tribute to its creator, a certain Yuji Horii, who was able to influence many more people than we think thanks to his famous cult series.

The crazy story of Yuji Horii in the video game begins in 1982, when he takes part in a programming competition in the field organized by the Enix company, which is looking for new talented programmers.. Already very interested in the medium, he proposed during this competition a new tennis game called Love Match Tennis, which allowed him to become one of the winners. He was therefore directly hired by Enix, and discovered around the same time Wizardry, a video game inspired by heroic fantasy, and considered to be one of the very first role-playing games. Until then, Horii has only offered detective visual novels (kinds of interactive novels), but he discovers a whole new way of approaching video games.

Inspired by Wizardry, he decides to create his own role-playing game, which he will call Dragon Quest.. These are not one, but four Dragon Quest games that will be released on NES in the 80s, the latter receiving an incredible reception in Japan. No doubt that the fact that Yuji Horii managed to convince Akira Toriyama (the creator of Dragon Ball) to participate in the artwork and character design has greatly helped this crazy popularity in the land of the rising sun. It is also important to note that the very first Dragon Quest game was released before the first Final Fantasy, which made Yuji Horii one of the first creators of the genre as we know it today. If the success is at the rendezvous in Japan, it is much more timid everywhere else in the world, unlike Final Fantasy which will benefit from an explosion of global interest in the 90s, especially with Final Fantasy VI and VII.

This does not prevent Yuji Horii from cherishing his license and offering heaps of sequels to his fans, especially on Super NES (Dragon Quest V and VI), Playstation (DQ VII) or PS2 (DQ VIII). In the meantime, he’s overseeing another absolute JRPG classic: Chrono Trigger. Yuji Horii finds Akira Toriyama there, but also Hironobu Sakaguchi (his rival, creator of the Final Fantasy series). Then, Square and Enix merge: now, Dragon Quest and Final Fantasy are no longer rivals but colleagues. This allows the license to have less pressure on its performance in the West, and ironically, this is when success begins to be felt by us. It was with Dragon Quest XI, his latest game, that Yuji Horii enjoyed the greatest success. The game has sold like hot cakes around the world, and there is no doubt that the series still has a great future ahead of it. Moreover, quite recently, on the occasion of the 35th anniversary of the series, a new opus was announced …