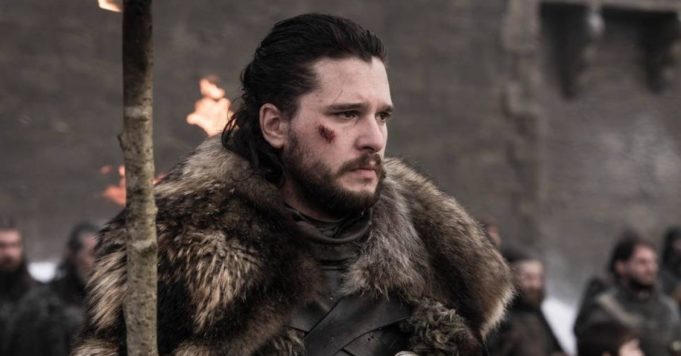 Game of Thrones has been off screen for over a year now, but the fantasy epic remains one of the most popular television dramas. Kit Harington has also revealed surprising information about his stay at Westeros.

Game of Thrones season 8 ended with one of the most contentious episodes to date. This fantastic HBO series has unleashed passions. Many fans predicted that Game Of Thrones would end with Jon Snow and Daenerys embarking on the romance of the decade. Fan theories exploded when it was revealed that Jon was in fact the son of a Stark and a Targaryen, making the Mother of Dragons the aunt of the Night Watchman. Fans were even more stunned when Daenerys succumbed to his madness and had to be shot by Jon Snow after shaving King’s Landing. The outcome of Jon Snow has disappointed many fans, but according to Kit Harington, his fate had been sealed for a long time, even before the finale of season 8 of Game of Thrones!

Although many events in the Final Series were a complete shock to the audience of Game Of Thrones, Kit Harington revealed that he had been planning on ending his character from the start. A recent video interview with the actor published on the page Twitter from purple_dwagon took stock of the star’s thoughts a year after the controversial HBO final episode. He revealed: “When people say ‘I wish Jon was on the throne’ or ‘I wish Jon was with Dany on the throne’, I disagree because Jon’s place has always been in the North. He would never have been happy in the South. He’s like Ned Stark. Ned heads south and is in danger. Jon is still the happiest in the North. When Tormund says to him: ‘You are from the North’, he is right. It belongs to the north of the wall. What I tried to do with the end was that he stayed with that weight throughout the series. He is this heavy character and I wanted there to be this lightness around himIn any case, Jon Snow is not dead and it is already a relief after eight seasons of Game of Thrones!