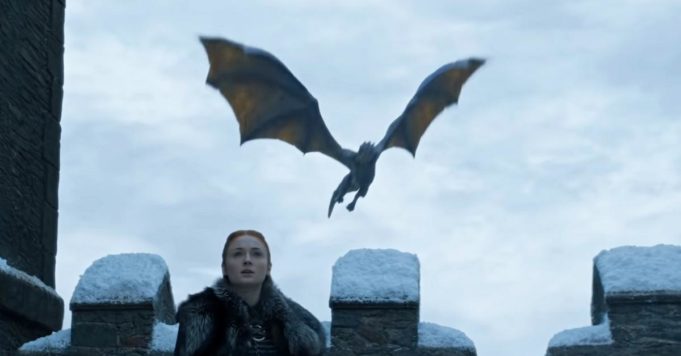 The last episode of Game of Thrones season 8 did not mark the end of the massacres.

While several series continue to fight on the occasion of the 2020 Series World Cup for which you can vote every day right here, we continue to focus on the fate of the survivors of Game Of Thrones. If for Sansa, Bran or even Arya things turned out pretty well, for other characters things might have quickly turned badly. In any case, this is what a theory explains, theory that is interested in the fate of Gray Worm and all his Unsullied after the election of Bran as head of Westeros. The first thing to remember is that the whole army headed for the island of Naath, where Missandei was from.

The island of Naath, also nicknamed the Butterfly Island, has a peculiarity that you should absolutely know before going there. It is populated by thousands of butterflies, including a species designated as responsible for the spread of a disease that affects everyone who stays on the island too long without being a native of it. The disease in question leads to excruciating death and has prevented anyone from conquering the island in the long run. Is this a detail Missandei failed to mention in her conversations with Gray Worm? It seems unlikely, but there is another possibility to take into account.

Gray Worm, after the death of Daenerys, the mother of all Unsullied and their great liberator, may have wanted to set sail for Naath knowing that neither he nor his Unsullied would long survive their stay on the island. Always upright and loyal, Gray Worm could have wanted to remain faithful to his queen until death in which he would then have consciously trained all his men.. As Daenerys would have liked, they would have finally been freed from their duty to fight after having known only a life of suffering and obedience. The theory in question is not necessarily encouraging but it fits rather well with the temperament of Gray Worm. But while we’ll never know for sure if all the Unsullied are dead, we do at least know why this character chose Bran as King of Westeros in Season 8 of Game of Thrones.