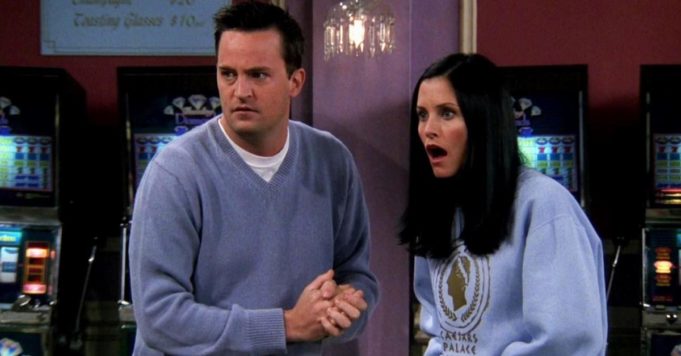 Some fans of the Friends series were very surprised by the creator’s apologies!

A few days ago, the creator of Friends apologized after admitting a glaring error in his streak. Indeed, after actress Lisa Kudrow (Phoebe), so it was the turn of Marta Kauffman to make his mea-culpa about the lack of diversity highlighted by some critics of the show. Given the tense social context across the Atlantic and anti-racism solidarity movements like the Black Lives Matter, the producer took the opportunity to express regrets about her previous scriptwriting choices. Moved to tears, she explained: “If I had known what I know now, I would not have made the same decisions at all“.

Friends was in the 90s, the first series to tackle and include subjects from our current society (gay marriage, GPA, adoption …) but not, “his manke of diversity”. SJWs are tiring. https://t.co/VN5ymjGrvi

Criticizing Friends for saying that this series lacks diversity is completely silly. It came out in the 90s and yet shows black, Asian, trans, lesbian characters at a time when diversity was much less advocated.

Criticize the lack of diversity in the Friends series when there were lesbians or even transvestites with Chandler’s father for example! Must stop creating a controversy where there is nothing it becomes tiring

The lack of diversity in Friends is a joke, right? pic.twitter.com/gy4ollfKJN

#Friends Aside from the fact that the main heroes are all white, seeing Friends being attacked for a lack of diversity seems contradictory to me. Let’s not forget that this is one of the most inclusive series I have seen for its time:

Series #Friends dealt with the themes of gay marriage, same-sex parenting, gestation for others, adoption. True, it missed cultural diversity but it’s a 20 year old series. Let’s take a step back. https://t.co/Y1lhOzZfx5

Surprisingly, the news does not seem to have been well received by all fans of the series. Indeed, if some congratulated the awareness as well as the speaking of Marta Kauffman, others however strongly opposed it. And for good reason, some very surprised Internet users still do not understand the criticisms made of the series concerning its lack of diversity. Worse, for them, it is even rather the opposite! Friends would be a series ahead of its time that would have highlighted different minorities like the LGBT + community (as demonstrated by the tweets posted above). Moreover, shortly after these declarations, the twittosphere ignited completely to the point of placing the hashtag #Friends in TT for several hours. Proof that the debate has raged within the fan community. And you, what is your opinion on the matter? Also discover this “honest” trailer of Friends which reveals all the faults of the series.