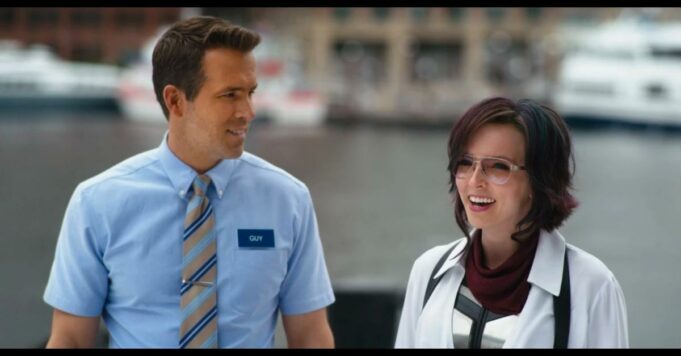 We had already seen a first trailer for Free Guy, and a new one has just been unveiled.

Reuniting Ryan Reynolds and Jodie Comer (Killing Eve), Free Guy had already had a first trailer last October. With its theatrical release approaching, we were able to discover a new one this Thursday, June 10, the opportunity for fans of the interpreter of Dead Pool to see him in another crazy role. Indeed, the actor plays a bank employee who discovers that he is in fact just a background character in a video game. Thus, he decides to become the hero of his own story, while evolving in a world that knows no limits. This role appears to be tailor-made for Ryan reynolds, The proof in pictures.

Jodie Comer, seen in Killing Eve as well as in Star Wars: The Rise of Skywalker will be Milly, nicknamed Molotov Girl, a robber who will confess to the main character that he lives in a video game. Suffice to say that this new trailer is as explosive as the first! Other famous faces will also be there, such as the director of Thor 4: Love and Thunder, Taika Waititi, as well as Joe Kerry, known for his role as Steve Harrington in Stranger Things. In France, we can discover Free Guy, a film at the crossroads between The Truman Show and Back to the future, starting August 11.