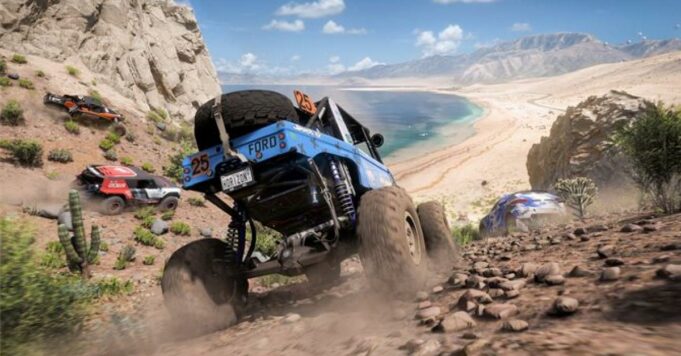 The list of cars available in Forza Horizon 5 when the game is released has just been revealed by a leak. Admittedly, the most anticipated car racing simulation of the year has seen the big picture for this new opus.

Forza Horizon 5: The Complete List Of Cars In The Game

Difficult to wait until November 9, 2021 to play Forza Horizon 5 ? A recent internal leak has just revealed the 34 cars available at Forza Horizon 5 launch. Unsurprisingly, the cars of major manufacturers like Ford, Lamborghini, Mercedes or Porsche are present. Of course, this list is doomed to grow over the extensions that will be released in the future, and we’ll be sure to update the list as we go. For now, the full list of cars usable in Forza Horizon 5 is as follows:

As we already know, more vehicles will be added to Forza Horizon 5 with expansions. For now, if at least two expansions are planned, we do not have any information on the content of these DLCs which will add cars and will increase the already substantial weight of Forza Horizon 5. Note, some rumors suggest a upcoming collaboration between Forza Horizon 5 and toy brand Hot Wheels. A collaboration that would fit well into the universe of Forza Horizon, but which has not yet been confirmed for the moment. In any case, to imagine oneself behind the wheel of the first 34 cars of Forza Horizon 5 remains the only way, to this day, to wait until the release of the next title of Microsoft.