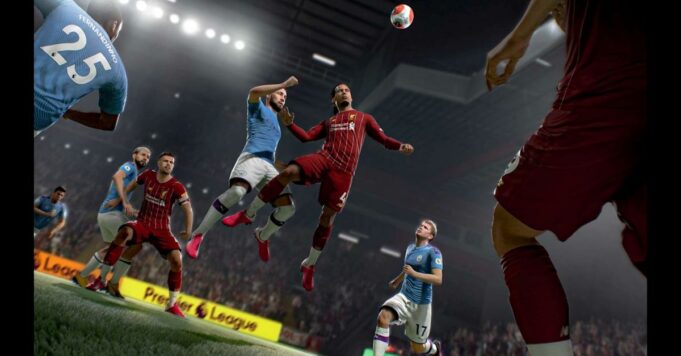 FIFA intends to return in 2022 with a new opus that will not fail to please fans of the license. While rival PES won’t be releasing a new title this year, it’s time to take a look at what FIFA 22 will bring us.

For the moment, no release date for FIFA 22 has been announced, but the FIFA games are released every year between September and October and it is difficult to see the next license title deviating from the rule. It is therefore a safe bet that for FIFA 22 a release between September 20 and October 10 is scheduled.. Note that, as with each flagship title of Electronics Arts, it will be possible to play FIFA 22 in preview almost 10 hours before its official release via the EA Play service. In any case, we should know the release date of FIFA 22 when the EA Play Live of July 22, 2021 where the soccer game will share the limelight with the next one Battlefield 6 and Apex Legends.

While waiting for an official communication, we can only assume the changes that will occur in FIFA 2022. At first, we know that the title is heading towards a Fully modified FUT Champions. Things will most likely also evolve towards a deepening of Volta mode, as well as a FIFA 22 with an ever more fleshed out career mode. Of course, the game will benefit from graphic improvements, especially on new generation consoles, with the addition of ray tracing.

But’one of the most anticipated new features of FIFA 22 remains the cross-platform. If theno cross-play on FIFA 21 was regrettable, it is not excluded that we can play FIFA 22 in crossplay. But we will have to wait for EA to officially communicate on this subject to find out more. Finally, the latest novelty, FIFA 22 changes commentator. Indeed, Pierre Ménès, who commented on games since FIFA 17, was fired by Electronics Arts following multiple accusations of sexual assault against him.

Although it is not yet clear whether crossplay will be active or not, we already know on which platforms FIFA 22 will be available. On the Microsoft side, the game will be offered on Xbox One and on Xbox Series X / S. At Sony, we will find FIFA 22 on PS5 and PS4. Finally, the famous football game will also be available on Pc. FIFA 22 on PS4 will have the same release date as on PS5 (thanks to a next-gen patch), and it will be the same for FIFA 22 on Xbox One and Xbox Series X / S. Clear, Only Nintendo aficionados will be deprived of a FIFA 22 on Switch, Electronics Arts having decided to do without the portable console to focus on more traditional platforms.

The big question of the star footballer who will be on the cover of FIFA 22 remains unanswered today. As a reminder in FIFA 21, it was Kylian Mbappé who had been chosen to be the cover of the game, but for this new opus the choice of EA is not easy to guess. For some it will be Erling Haaland, the 20-year-old player from Borussia Dortmund. Indeed, the Norwegian recently signed a contract with EA to become its ambassador, but will that be enough to secure him the place of FIFA 22 cover star? It is also possible thatElectronics Arts wait for Euro 2021 to take place, from June 11 to July 11, 2021, before making a decision.

Whether for pre-orders or not, FIFA 22 price is expected to vary between € 59.99 for the base game to € 99.99 for the more expensive editions. It should be noted that the video game industry wishes increase the price of games to € 75 instead of € 59.99. This can be explained in particular by ever higher production costs, whereas the purchase price has not changed for more than ten years. However, this increase should mainly concern next-gen games. Since FIFA 22 straddles two generations of consoles, we can still hope that its base price does not increase.