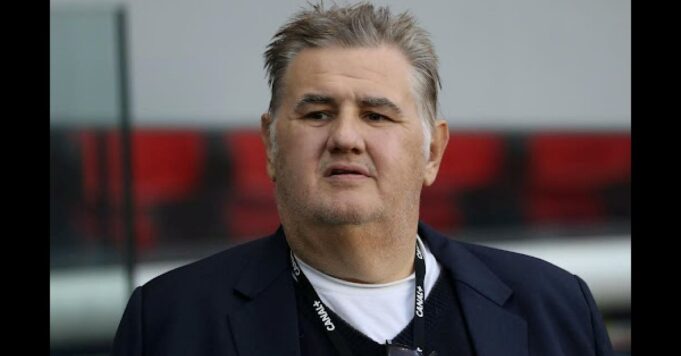 Following the accusations against Pierre Ménès, EA preferred to separate from the sports journalist who dealt with the comments of the game since FIFA 17. While many were waiting to know his successor, the latter will not ultimately be replaced.

Since the announcement of the release of FIFA 22, many questions surround the next title of Electronics Arts. Among them, who will replace Pierre Ménès in the comments of the game came back frequently. While many hoped that Omar da Fonseca, Grégoire Margotton or Marie Portolano would take over from the sports journalist, EA finally decided not to replace Pierre Ménès. After having fired reporter from FIFA 22 commentary, because of the serious accusations against him, EA therefore chose to let Hervé Mathoux be the sole commentator of the game’s matches.

Rather than replacing Pierre Ménès, EA Sports has effectively chosen to adapt Hervé Mathoux’s already recorded comments to a solo commentary. A surprising choice, but not an aberration, since Mathoux has been commenting on the license matches since FIFA 07, more than 15 years of experience in the service of the game. Anyway, only time will tell if the Ménès affair will bring about significant changes in the comments of the famous football game ofElectronics Arts or not. As a reminder, FIFA 22 releases October 1, 2021 on PS4, PS5, Xbox One, Xbox Series X | S, PC and Google Stadia.