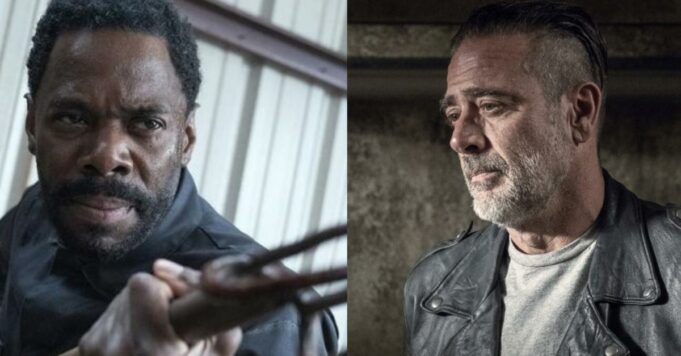 In many ways, Victor Strand looks more and more like Negan in Fear The Walking Dead.

Season 7 of Fear The Walking Dead has seen several enemies clash already. Between the hordes of zombies, the stalkers but also their painful memories, our survivors do not know where to turn. Nevertheless, and despite their dangerousness, we must admit that Victor Strand appears as the most formidable antagonist of this new salvo. Some have even gone so far as to compare the character embodied by Colman Domingo, in the spin-off, to the new Negan (Jeffrey Dean Morgan). A legitimate comparison since episode 5 of season 7 of Fear The Walking Dead who saw the return of Dwight and Sherry.

In this episode, Strand offered to the couple, now known as the Dark Horses, to bring him a former member of the community in exchange for welcoming him to his tower. Nevertheless, the latter will refuse, Sherry having notably pointed out: “We used to live in a place like this before, and it didn’t turn out so good.” This is a direct reference to the shrine erected by Negan in The Walking Dead, Sherry having compared Victor’s leadership to that of one of the most mythical characters in this zombie universe. During this exchange, Victor will even go so far as to compare his community to a “sanctuary”, a big warning for Dwight and Sherry.

Later in the episode, while traveling alone with Mickey, the young woman draws an even more transparent parallel between Victor Strand and Negan. When asked why she doesn’t accept Strand’s deal, Sherry replies: “We already made a deal with a guy like Strand.” Enough to make the character of Colman Domingo, an antagonist ultimately as formidable as Negan. Finally, the murder of the Larsons will unveil all the violence of Morgan’s enemy, a trait he once again shares with one of the flagship adversaries of The Walking Dead. Survivors of Fear The Walking Dead So should be wary of Strand’s new motivations. However, something tells us that the attack on his tower in the next episode should calm his enthusiasm! Answer Sunday evening on AMC and in + 24 hours on Canal + Séries.