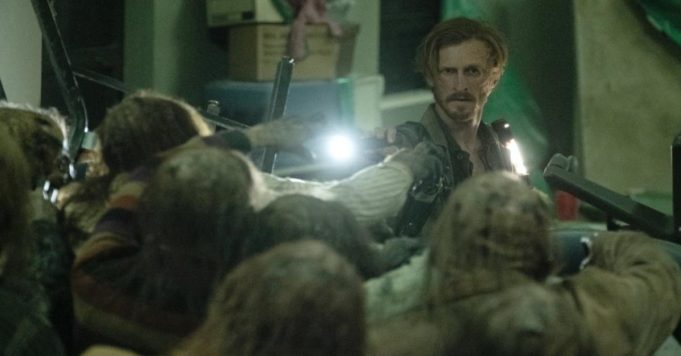 A new character arrives in season 6 of Fear The Walking Dead and we can’t wait to meet him.

While a handful of series are still competing in the 2020 Series World Cup and you can vote every day for your favorites right here, Season 6 of Fear The Walking Dead continues to unfold. We have known for some time that the actress Zoe Colletti will join the series in the role of Dakota, the little sister of Virginia or “Ginny”. What has also been clarified is that Dakota’s presence is going to bring out a whole new side of Virginia’s personality, and since Virginia is the big antagonist of the new episodes, that should prove to be quite interesting.

Is Dakota ready for what lies ahead? Don’t miss the return of #FearTWD on October 11th. pic.twitter.com/1OxgeMpDRM

As you can see in the little teaser above, Dakota should have a pretty big role for her character to be officially teased by AMC. Scott Gimple described their relationship as being both fun and scary at the same time, and we have to admit that we can’t wait to see it. Colby Minifie, who plays Virginia, has already proven her talent to play a cruel and disturbing character but we now know that she is ready to show us a lot more. Adding a family member to an antagonist is a cool idea that will take Virginia to a whole new level., which some main characters are still missing.

After all, sometimes it doesn’t take much to bring a series back together, and Fear The Walking Dead Season 6 has badly in need of interesting interactions and good chemistry between his characters on the screen. Virginia and Dakota, by offering both strange and sometimes disturbing exchanges, could create a new dynamic which would then be followed by several other characters like Alicia, Victor or June. Indeed since Dakota is Virginia’s sister, we imagine that she will be able to circulate in the different communities and thus get to know several people. Even if the spin-off is going to have to go hard to impress us, we are therefore hopeful that the arrival of a key character may already be synonymous with progress.