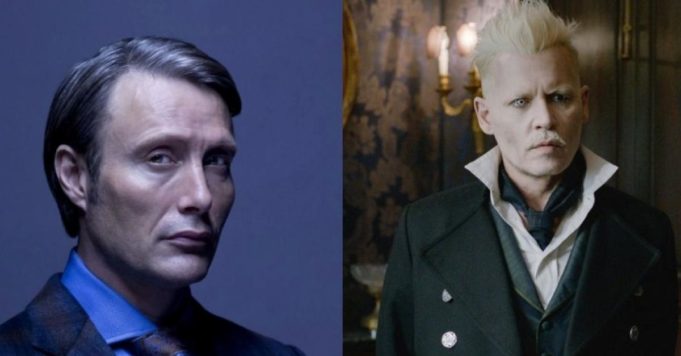 Mads Mikkelsen is reprising the role of Grindelwald, previously played by Johnny Depp in Fantastic Beasts. Did the two actors speak to each other in stages to manage the transition?

If Mads Mikkelsen recently announced that his Grindelwald would be different from Johnny Depp’s in Fantastic Beasts 3, this is for two major reasons. The first is because the character will be represented by two actors with divergent personalities and backgrounds, the adaptation of the latter is therefore necessarily specific to each. The second reason is that Mads Mikkelsen and Johnny depp couldn’t speak to each other once to manage Grindelwald’s transition. We do not know if the studios prevented them from doing so or if it was due to a lack of time that this was done, but Mads Mikkelsen reveals to AP Entertainment having had to manage on his own how he was going to approach the character of the franchise.

NEW FACE OF GRINDELWALD: @TheOfficialMads Mikkelsen is taking over from Johnny Depp as “Fantastic Beasts” villain Grindelwald and hasn’t spoken to the other actor about the role. pic.twitter.com/WycJ4HVlMt

“I don’t really know Johnny Depp. I met him once. I would have liked to have had his phone number but unfortunately I don’t.”, he reveals before adding “do my best to bridge the gap between the two versions of the character.” “This is the only approach I can have, to bridge the gap between what he’s done and what I’m going to do. And then we’ll see what it turns out.”, explains the actor. Mads Mikkelsen still takes the opportunity to tell his fans that he was very well received on the sets and that the production team is pleasant: “I’ve been here for a week now. They are fantastic, nice people. David [Yates] is a fantastic, super nice and wonderful director. So far it has been great. ” Whether it pleases some or displeases others, the change of actor for the character of Grindelwald will resolve one of the plot issues of the Fantastic Beasts 3.