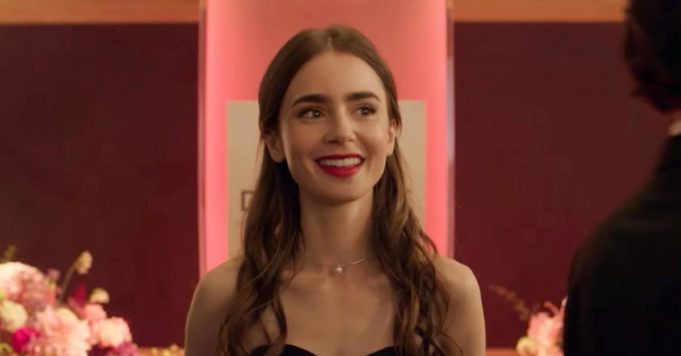 An American played by Lily Collins arrives in the City of Light to make her dreams come true in the trailer for Emily in Paris, a Netflix series directed by the creator of Sex and The City.

If many series were canceled by Netflix this summer, rest assured, new projects are coming to the platform. In a glamorous, funny and current teaser, Lily collins moves to Paris, the city of all possibilities. The daughter of Phil Collins will play Emily Cooper in the series Emily in Paris, created by Darren Star, behind the hit show Sex and the City. This young American in her twenties will be tasked with bringing a Kainry touch to a large struggling marketing agency. Not speaking a word of French, she will have to adapt as best she can to French culture, which is very different from that of the United States.

“This is an American who arrives in France, does not speak a word of French and has an opinion on how to do things, but she discovers that the adage ‘Americans do it better’ is not always true and do a lot of odd jobs “, explained Darren Star last year to Variety. Between professional opportunities, friendly and romantic meetings, fashion shows … Emily thinks she is living her best life in Paris, but unfortunately not everything will go as planned! Fortunately, she can count on the support of her friend Mindy, played by Ashley Park. Emily in Paris is expected on October 2 on the platform and promises us good times of fun! While waiting for its release, we let you discover all the programs now available on Netflix without subscription.