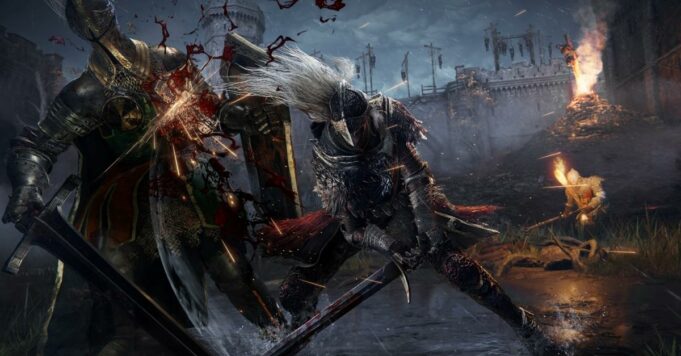 Ahead of E3 2021, Geoff Keighley kicked off his Summer Game Fest tonight with this week’s first big conference: the Kickoff Live. Here is a full summary of all the announcements made there.

If E3 2021 will not officially begin until June 12, the festivities have however been launched today. Indeed, It was at 8 p.m. that Geoff Keighley broadcast his Kickoff Live !, a big conference lasting nearly two hours to kick off the Summer Game Fest, which is therefore making its comeback in parallel with the digital exhibition organized by ESA. And as it had previously been teased, this was the opportunity for the presenter to highlight many games from different publishers, among which were a whole bunch of new features and highly anticipated titles. So here is a detailed summary of all announcements made during this first lecture.

The ceremony began with the announcement of Tiny Tina’s Wonderlands, a new game developed by Gearbox Software and edited by 2K which will arrive early 2022. This is a standalone from the Borderlands universe which will have its own mechanics and its own cast as revealed to us by actress Ashly Burch, who will be there.

We continue with a new unpublished announcement: Metal Slug Tactics, a game developed by Dotemu X Leikir Studio and edited by SNK which illustrated itself via a first trailer combining cinematic sequences and gameplay sequences. No specific information regarding the release date for this tactical strategy game planned for Steam.

We were then treated to a long intervention by Hideo Kojima, who after speaking with Geoff Keighley about the current world situation, ended up confirming the rumors: a Director’s Cut version of Death Stranding is in the pipeline. Unfortunately, no precise details regarding the release date, coming “soon” on PS5. No information on a potential PS4 version either.

We continue with the announcement of a new Jurassic Park game, titled Jurassic World Evolution 2, scheduled for 2021 on PS4, PS5, Xbox One, Xbox Series X | S, and PC. The latter was illustrated through a long trailer introduced by Jeff Goldblum and will therefore be the continuation of the management game released in 2018.

It is now the turn ofAmazon Games to announce a new title developed by Smile Gate RPG: Lost Ark. It will be a MMORPG slated for fall 2021, which was illustrated through a long trailer revealing gameplay images in passing.

We were able to have a first look at the upcoming season of Call of Duty: Black Ops Cold War and Call of Duty: Warzone, who will happen since the June 17 with a whole bunch of novelties. For the occasion, the announcement trailer was released to present some of them.

Among Us presents a roadmap of its novelties

Among Us made a small appearance in order to present us its future updates, which will mark the arrival of many new features. This includes in particular a new game mode (Hide & Seek), from new roles (including sheriff and scientist), new skins and colors for the characters, 15 player sessions as well as a new map. Unfortunately, no indication of the date of their arrival.

The man at the head of independent PlayStation productions made an intervention to introduce a new indie game to be released in 2022 on PS4 and PS5: Salt and Sacrifice. The title will be playable in solo and in co-op.

Solar Ash, the title developed by Heart Machine and published by Annapurna Interactive, was once again illustrated during this Kickoff Live! through a brief gameplay sequence allowing you to enjoy its atmosphere. It will come out later in 2021 on PS4 and PS5.

A gameplay trailer for Chivalry II

It was then the turn of Chivalry II to benefit from a new gameplay trailer, intended to celebrate its launch. The title developed by Torn Banner Studios is indeed available for two days on PS4, PS5, Xbox One, Xbox Series X | S, and PC.

Did you like Two Point Hospital? Then you should like Two Point Campus, the spin off of the game that was officially announced during this Kickoff Live !. What to enjoy the first images of the latter via a long trailer, while the title will arrive on PS4, PS5, Xbox One, Xbox Series X | S, PC and Nintendo Switch in 2022.

Good news for fans of the popular Netflix series: as of July 13, 2021, Stranger Things will land in the universe of Smite through a new Battle Pass. The latter will notably mark the arrival of Eleven, Hopper, Demogorgon, Mental Flayer in the game developed by Hi-Rez Studios.

Announcement of The Anacrusis

Stray Bombay studio announced The Anacrusis, a four-player playable co-op first person shooter coming fall 2021 exclusively on Xbox and PC, and which will be included upon release in Xbox Game Pass. A first trailer including gameplay footage was also released for the occasion.

Since the June 17, the famous film franchise Fast & Furious will join Rocket League through a crossover, which will include three new cars. Other than a brief announcement trailer, however, we haven’t had much more information about it.

Announced at the end of last year, the famous Battle Royale set in the universe of the Vampire The Masquerade franchise today has found a name: Blood hunt. For the occasion, a trailer has been released while the title will appear current 2021 on consoles and PC. The registrations for a closed alpha are also available.

The next game from Supermassive Games, The Dark Pictures Anthology: House of Ashes, was illustrated via a new trailer more specifically interested in the story of the game. It was notably the opportunity to have, for the first time, a overview of enemies which will be at the heart of this new narrative adventure. The title is intended for October 22, 2021 on PS4, PS5, Xbox One, Xbox Series X | S, and PC.

Bandai Namco took advantage of Kickoff Live! to reveal new images of Tales of Arise, which was illustrated via a trailer combining cinematics and gameplay sequences. More information will be communicated about it in the coming weeks. However, the title has finally found a release date, set for September 10, 2021.

We were then treated to an announcement trailer for Planet of Lana, a new title planned for Xbox One, Xbox Series X | S and PC for 2022. It will be a adventure game with puzzles which will embark a very particular artistic direction.

Aaron Keller, Game Director ofOverwatch 2, then intervened to give news of the title. Unfortunately, little information was shared but we were able to get a preview of some of the game characters whose design will be updated for the release of this new opus: Baptiste and Sombra.

Intended for July 9, 2021 on Nintendo Switch, the next Monster Hunter opus developed by Capcom, Monster Hunter Stories 2: Wings of Ruin, has now distinguished itself through a story trailer allowing to better understand the context of the game.

Presented at the Game Awards 2020, the game developed by Amplitude Studios and published by Sega distinguished itself via a more long gameplay presentation. As a reminder, it will be a tactical rogue-lite action which has not, for the time being, still no release date.

Giancarlo Esposito talks about his role in Far Cry 6

The American actor, best known for his role in the Breaking Bad series, today appeared in the Kickoff Live! in order to talk about his role as Anton Castillo, aka “El Presidente”, the great antagonist of Far Cry 6. It was notably the opportunity to see some new images of the title but also to glimpse behind the scenes of Ubisoft’s game.

The June 18 next, 2B, the heroine of NieR: Automata, will arrive in the universe of Fall Guys via a new skin.

A new trailer for Back 4 Blood

While he will be entitled to his own conference as part of E3 2021, Back 4 Blood, the next game developed by Turtle Rock Studios, has paid a new trailer during this Kickoff Live !. It was an opportunity to learn of the arrival of a open beta starting the August 5th.

Announced several years ago now, Tunic is a highly anticipated game by a good number of players. Ahead of a more detailed presentation during the Xbox conference, the title was today entitled to new commented gameplay footage Andrew Shouldice, the only developer working on the game.

Announced at the Game Awards 2020, the title developed by Saber Interactive and Boss Team Games was today entitled to a first gameplay presentation with commentary by Bruce Campbell, aka Ash Williams, in person. It was an opportunity to enjoy the atmosphere of this cooperative title which will stage the struggle of well-known characters from the franchise in bloody battles against the forces of evil. Evil Dead: The Game will arrive in 2021 on PS4, PS5, Xbox One, Xbox Series X | S, and PC.

It was one of the most anticipated games of this E3 2021. It’s been the subject of all rumors for months, and it’s finally here: Elden Ring. As a conclusion to this Kickoff Live! Conference, we were able to take advantage of a nice gameplay trailer for the next title from FromSoftware and Bandai Namco, who presented at length his universe and his bestiary. As a bonus, we were able to learn her release date, set for January 21, 2022 on PS4, PS5, Xbox One, Xbox Series X | S, and PC.