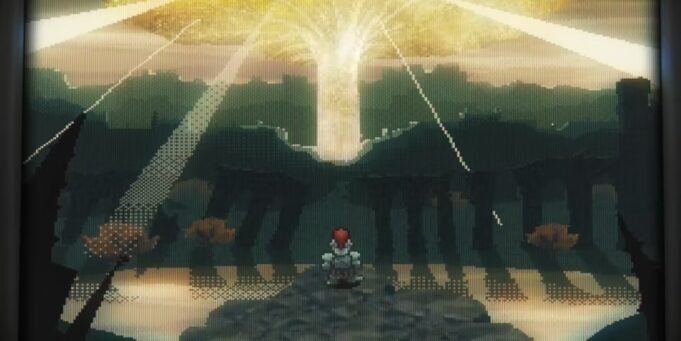 Elden Ring is already one of the greatest games of all time in its normal version released on all current media except the Nintendo Switch. However, the YouTube channel 64 Bits, accustomed to the very particular exercise of demake, had fun recreating a Super Nintendo version of Elden Ring. The result is frankly crazy and we can be confident enough to say that an Elden Ring like this would have driven video game enthusiasts crazy in the 90s.

Demake is something that’s been starting to pick up steam for a few years now, because it’s all well and good to have games that always look better in open worlds, but going back to nicely pixelated 2D every now and then doesn’t do of badness. Elden Ring is not the first game FromSoftware to receive a demake. Bloodborne has long been at the heart of a PS1 demake project, in addition to a completely crazy project of a Mario kart PS1 set in the streets of Yharnam.

If the projects around Bloodborne are very serious and playable in the case of the PS1 demake, the SNES project of Elden Ring is not intended to go further than the video above. We imagine that redoing the whole game in this style would require an immeasurable job, which is not possible for a YouTube channel that has fun demake lots of different games.

However, other demake projects around Elden Ring exist, and we suspect that at least one of them will go to the end. However, this may take years, since these kinds of projects are always made by fans in their spare time. In the meantime, we can still enjoy the real game, which obviously remains the best version, and hope for at least one DLC in the not too distant future.