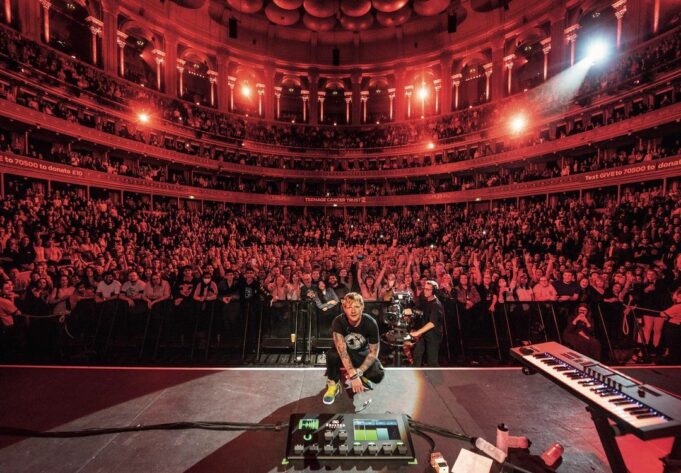 While he will start his world tour in less than a week, Ed Sheeran has just announced the release of a new single for April 22. This is his tube “2step” in a revisited version, in duet with rapper Lil Baby. We give you all the info.

One could qualify Ed Sheeran as hyperactive in music. And it’s not to displease his fans. Big fan of duets, the British has always been able to offer great collaborations to his audience. Lately there has been “The joker and the queen”, a lovely ballad performed alongside Taylor Swift. Then Ed Sheeran wanted to push the concept of featuring even further by releasing not one, but two duets with the “Prince of Reggaeton”, J Balvin. “Forever My Love” is an Ed Sheeran-esque pop song. While “Sigue” contrast completely, with its Latin rhythms. Not to stop in such a good way, the favorite songwriter of the English has just announced a new single for next April 22nd. Ed Sheeran will share the microphone this time with American rapper Lil Baby. And the song is not unknown to the public.

It is “2step”, already released by Ed Sheeran in 2021. The title even has 52 million streams on Spotify. Next Friday, a brand new version will be offered to fans. The lyrics tell how the singer copes with the life difficulties alongside his beloved wife, Cherry Seaborn. For Apple Music, Ed Sheeran confided in the emotions that this piece gave him: It sounded like the me of 2010. It was like me at 30, trying to be the 18-year-old me, singing about what I’m going through being 30. I’ve always had these words in mind: “Two-steppin’ with the woman I love”. Because I can’t dance. And my wife, God bless her, isn’t an amazing dancer either. But the two-step is the only thing we can do.”

There is no doubt that Ed Sheeran is preparing to satisfy these fans once again with this unusual duo. It’s also a great way to mark the start of his world tour. It will start on Saturday April 23 at Croke Park in Dublin. Title “The Mathematics Tour”, it will pass through the Stade de France on July 29 and 30. The opportunity for the French public to discover live the greatest hits of Ed Sheeran, “Shape Of You” Passing by “Shivers” or “Bad Habits”. The tour will then head to the United States in 2023. For the star, the goal is clear: to do as well as hisDivide Tourwith its 776 million dollars in revenue and its 260 shows, seen by 8.6 million spectators!