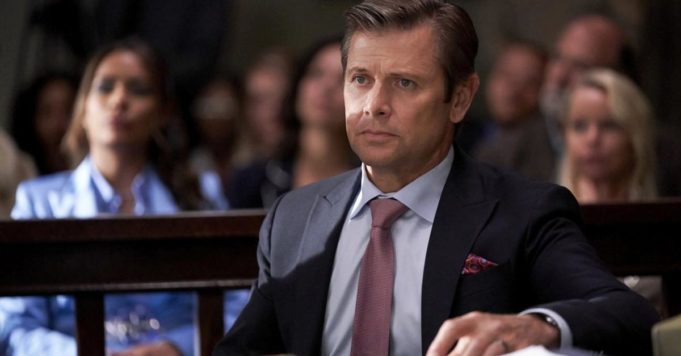 Blake narrowly escaped prison in Season 3 of the Dynasty, but then, could the Patriarch of the Carrington family return to prison?

Dynasty is a series full of twists and turns! After changing Crystal three times and Alexis twice, fans are wondering … Could Cristal leave the series in Dynasty Season 4 after his breakup with Blake? With this CW show, anything is possible. In any case, despite his colossal fortune and his relationships, the world of Blake seems to collapse as the seasons go by. Besides, he narrowly escaped prison and the first part of season 3 of Dynasty was punctuated by his trial. However, thanks to his money, his lies and Cristal, he avoided prison, but could the situation be reversed in season 4 of Dynasty ?

Could Blake Carrington’s past catch up with him in Season 4 of Dynasty ? In the next episodes, the patriarch of the family will have to worry. Adam went to war against his father and joined the Alexis and Jeff Colby clan! The trio seems to be ready to do anything to bring it down. In addition, he may no longer have the support of Cristal after the latter has deceived him and left. We must also take into consideration the Moldavian affair which is far from over … Season 4 of the Dynasty could be fatal for Blake Carrington who could finally end up in prison, unless the money resolves once again all Their problems.