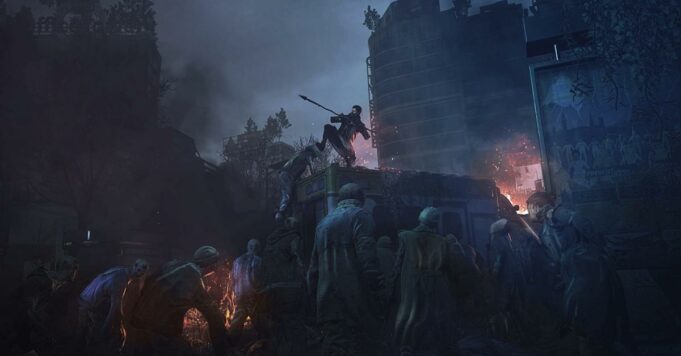 Still expected on February 4, 2022, Dying Light 2 says a little more about its post-apo open world and its inhabitants in a video interview with Thomas Gerbaud, World Director of the game.

Last September, Techland announced the postponement of Dying Light 2, which saw its release date change from December 7, 2021 to February 4, 2022. Since then, the Polish studio has relaunched communication around the title, which combines action, survival and parkour in a post-apo world populated by zombies. We were particularly entitled to information on the weapon degradation system. Today is a new episode of the “Dying 2 Know More” video series that we discover. The opportunity to learn more about the playground of Dying Light 2 and the PnJ that we will meet. Thomas Gerbaud speaks more precisely of Peacekeepers, one of the two factions that can be supported, and their strict adherence to law, order and hierarchy. They are described as being particularly aggressive and bossy.

Techland also highlights the game’s environmental storytelling.. The goal of the developers is to “to allow players to get a precise idea of ​​the inhabitants, the rules and the way of life of the world through their own exploration and their interactions with it”. We are thus promised places full of details that allow us to better understand the different facets of the city. We should also point out that the decisions you make as a player promise to have important consequences for the gaming world. For example, by choosing to go and repair old disabled electrical relays, store lights will come on, fans and electrical traps will come back to work, and so on.

As a reminder, Dying Light 2 will be playable alone, but also in online co-op for up to four players. The game will land on PC, PS4, Xbox One, PS5 and Xbox Series, and if you want more info about it, feel free to take a look at our full preview.