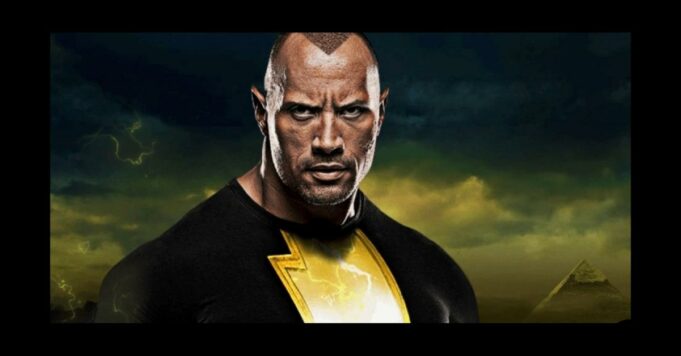 Black Adam prepares a sensational entry into the DCUE. With only short sequences revealed, however, we still know very little. Since his beginnings in the wrestling world and then his various roles in the cinema, Dwayne -The Rock- Johnson has never ceased to exhibit a stunning physique. He is now one of the highest rated actors in Hollywood. It is therefore with a certain logic that we expected to see him arrive in the universe of superheroes. Thinking about it, it is now hard to see what other character could fit as well in the skin of Dwayne Johnson! To enter the role, The Rock did not skimp on the means!

black adam is the dark counterpart of Shazam (originally named Captain Marvel). Their powers have the same origin and both possess similar abilities. Besides superhuman strength, near-invulnerability and speed comparable to Flash, black adam can fly and master magic. A complete panoply that makes him one of the most powerful characters in the DC universe. Only competition: Shazam precisely and obviously, the man of Krypton, Superman. Dwayne Johnson has fun with it on his Instagram account, revealing that a future Black Adam duel against Superman was not impossible!

Dwayne Johnson wanted “the best physique of his career”.

The advantage of Black Adam? His lack of morals. But is it enough to surpass Superman? To achieve the physical excellence required by the role, Dwayne Johnson reveals that he followed an unprecedented training with his coach Dave Rienzi. He explains that he wanted to have “the best physique of his career”. Watching his previous films, we can easily imagine that it will be very impressive! We hope that a new trailer will arrive without delay. We will then be able to really know if The Rock will be the kryptonite that makes King Superman waver on his throne of the most powerful hero of the DCUE.