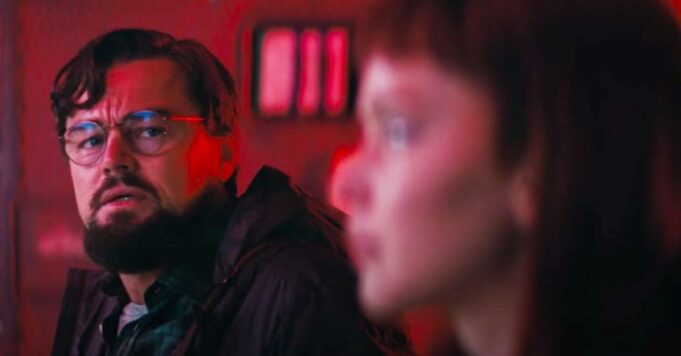 Out for Christmas, Don’t Look Up quickly became one of the most viewed movies of all time on Netflix. With its XXL cast and its meaningful message, the comedy has won over a large majority of viewers around the world. Jennifer Lawrence and Leonardo DiCaprio brilliantly embody two scientists respectively named Kate Dibiasky and Randall Mindy. As they try to warn the whole world that a comet is coming straight to Earth, the leaders don’t give a damn about their rhetoric and instead see great potential for making even more money. Thanks to his accepted criticism of the collective values ​​of society, Don’t Look Up has been well received by critics overall. So we wonder if a sequel is possible, especially after seeing the post-credits scenes.

The first post-credits scene reveals a small group of people who have managed to leave Earth and go to a new planet. Humanity has not totally disappeared and it would be interesting to dig deeper into this point, see how we would adapt to this new place. Mainly elderly people are found on this planet, which does not give much room for procreation for example, but above all we see President Orlean (Meryl Streep) be eaten by an animal five minutes after arriving, without anyone helping. A vision that could therefore be explored and relevant in a sequel, discovering how ultimately these rich and elderly people can get by in this place they do not know.

Only one survivor on Earth

The second scene focuses on Jason Orlean played Jonah Hill, President Orlean’s son. He manages to survive thanks to the strong structures he had around him, immediately he takes out his phone and posts a video on social networks where he announces that he is the only survivor. A sequel could show us the reactions of people to his post and see how they too would survive on a totally decimated planet. Observe how humanity can cope with such an event. Opposing the two post-credits scenes in the same film would be interesting, we imagine a fairly similar result on both sides no matter what. Although a sequel has not been announced, Adam Mckay has all the material to be able to extend Don’t Look Up. Regardless, the end of the world was necessary by the end of the film in order to get the message across as it should, not to mention that disaster could have been preventable had the issue been taken seriously from the start.