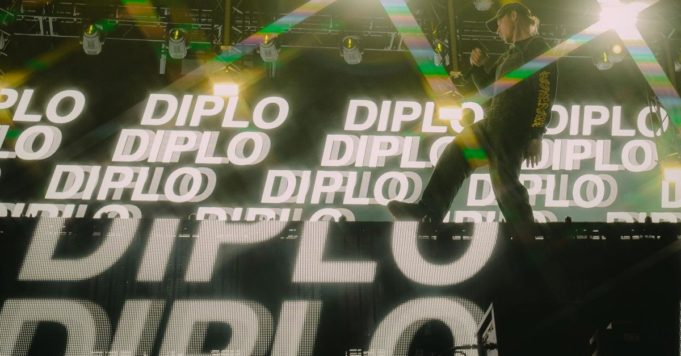 Back on the first day of melty at the Festival d’été de Québec. At the rendezvous: Kygo and Diplo who made the whole region dance.

That’s it ! The editorial staff of melty finally settles down in Canada to live a few crazy days on the occasion of the Festival d’été de Québec. If we had gently prepared with a special playlist dedicated to the event, we were far from suspecting the scale of the festival. And yet, we quickly realize upon our arrival that the whole city is celebrating. For our program of this first day, we decide to head with the Bell stage which is the main of the festival. This Wednesday, July 10: Kygo and Diplo for a most explosive evening. Back in pictures.

It is Diplo who appears on the Plains of Abraham scene first. Barely arrived behind his turntables when the American DJ announces the color. He animates the crowd who sings loudly the words of the songs he mixes. What is quite incredible with the Diplo set is that it takes tubes from many artists like “Old Town Road” by Lil Nas X who hopes to inspire tolerance since coming out. The producer connects the tubes at a speed that we do not see spinning and it is smile on the lips, flag of Quebec on the shoulders, that the DJ leaves the scene to pass the torch to Diplo.

Kygo does not take half measures as soon as he enters the stage of the Bell Stage. It is at the piano that the Norwegian DJ arrives in front of the 90,000 spectators already delirious. If there is one thing that we remember from the set of Kygo it is its impressive scenography as well polished as its pieces. The producer and DJ has an impressive catalog of hits like “It Ain’t Me” with Selena Gomez or “Higher Love” with Whitney Houston who unite the crowd in a remarkable way. Kygo really does not do things by half by inviting his sidekick Justin Jesso to perform “Stargazing” and “Firestone” under a rain of pyrotechnic effects. There is no shadow of a doubt; Kygo is a real stage animal which allows it to have an important place in the electro world. We’ll meet you tomorrow to tell you about Mariah Carey at FEQ !