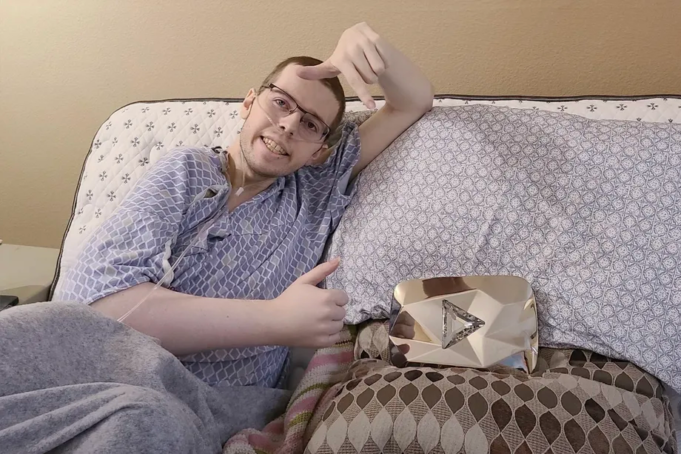 If the world of video games is made of fun, especially on Twitch, there are sometimes touching stories. That of Technoblade in particular, a popular Minecraft YouTube videographer who passed away at the age of 23 after battling cancer. In a posthumous video published on his channel, the young man delivers a final message to his millions of subscribers.

A posthumous video written with his father in his last moments

Technoblade is no more, passed away from cancer at only 23 years old. Of great strength of spirit, the star of Minecraft left a posthumous message in a video told by his father. The opportunity to reveal his real first name, Alex.

Hello everyone, Technoblade here. If you’re watching this video, I’m dead. Thank you all for supporting my content all these years. If I had 100 lives, I think I would choose to become Technoblade again each time because those were the best years of my life.

The streamer also apologizes for his product placements over the past few years but clarifies that thanks to this, his siblings will be able to go to university “ if they want it, I don’t want to pressure them since death “. Technoblade’s father reveals that they wrote this video together: He finished that and it was over. He lived about 8 more hours after that “. Alex wrote the script from his deathbed. “ I think he didn’t say everything but he told the essential says his father.

A rare cancer diagnosed in August 2021

It is in August 2021 that Technoblade unveils a rare cancer, sarcoma. The young man didn’t hesitate to joke about it, talking about his “ arch chemotherapy “. Since his death, tributes have multiplied. Many salute his courage to have left a posthumous video knowing he was condemned but also his humor despite the circumstances.