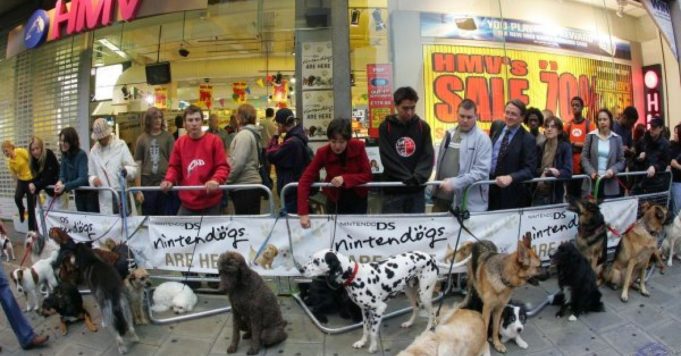 If we know Nintendo for the quality of its consoles and its games, it would be a shame to forget that the firm has also had some brilliant marketing blows. And we know how important marketing can be in the success of a game …

A generally false preconception about video games is to think that if you make a good game, you will necessarily receive a critical and popular reception proportional to the quality of the latter. One would have to be very naive to think so, because that would be to minimize the importance of marketing, and of knowing how to “sell” a product. You only have to take a look at the marketing and advertising budgets of very large companies like Activision or Ubisoft to understand that these departments play a crucial role in the success of a game. And Nintendo has understood this for many years now, and through a few marketing moves, each more original and crazy than the next.. ATith a little inventiveness, we can arouse the interest of a large number of players, proof of this with all the examples that we will discuss here.

When we think of extreme sports today, we mostly associate with a famous energy drink “which gives wings”. But there was a time when Nintendo tried to position itself on the market, especially in the early 2000s, to promote the Gameboy Advance. Not only the Japanese firm sponsored a large number of Wakeboard or Snowboard events, but also sometimes downright athletes, such as Snowboarder Melonie Liando. So much so that there was even a team, named Gameboy Advance Xtreme Team. It’s funny, when we think of Nintendo today, we don’t necessarily think of extreme sports …

In 2001, to promote the release of the new game straight out of Miyamoto’s brain, Pikmin, Nintendo of America had a brilliant idea: to offer for sale a very particular type of flowers, which immediately recalls those found in the game. These 5-petalled white flowers were called “Pikmin Flowers” or “Pikmin Flowers” and were sold nationwide, along with a pot specially customized for the occasion. A genius idea to promote a game that ultimately did not go so well in terms of sales, despite a cult game status acquired over the years.

In order to promote the Gamecube Eternal Darkness exclusivity, Nintendo had the brilliant idea of ​​creating a special competition : for a cash prize of 20,000 dollars and the possibility of being exhibited in various film festivals, the Japanese firm asked filmmakers around the world to create a psychological horror short (to stick to the theme of the game). Funny fact: the director of the film awarded by this competition named Patrick Daughters subsequently became a recognized director of music videos, having worked in particular with Adele, Phoenix, Depeche Mode, Muse or Beck.

Nintendogs is, and we often tend to forget it, one of the most successful Nintendo games of the 2000s. And this success is partly due to the many TV commercials that flooded the world before and after. the release of the game. But Nintendo also knew how to be innovative, by launching a “launch-party” quite simply incredible: the day of the release of the game, whoever came to the specialized store to buy Nintendogs accompanied by his own pet received a “doggie bag” filled with goodies and small collectibles given only for the occasion.