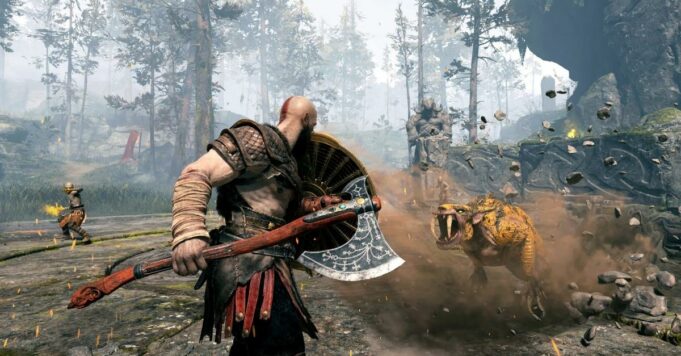 In order to make their universes as perfect as possible, developers sometimes do not hesitate to use various stratagems invisible to players. God of War (2018) was no exception to this rule, as evidenced by Kratos’ ax and its scale changes depending on the situation.

In a little more than 24 hours, Sony will broadcast its PlayStation Showcase and thus unveil what will be “The future of the PS5”. Among the most anticipated games of the public during the evening is in particular the sequel to God of War, announced almost a year ago by Santa Monica and of which we still do not know anything concrete. But while all eyes are on this new opus, it appears that the one released in 2018 has not yet finished revealing all its little secrets. Recently, Robert Morrison, one of the game’s animators, has indeed cracked a tweet to reveal to us “A fun little development secret” : the size of Kratos’ ax, called Leviathan, is not the same depending on the situation.

If you take a close look at this newly introduced weapon in this episode, it turns out she has “A different scale when it is in his hand and when it is in his back”. In the context of a private conversation with the teams of GamesRadar +, Morrison specifically indicated thatit appears 20% more imposing once in the hands of the Greek god. He then explains that this is a widely used developer technique in order to“Offer the best visual representation from any camera point of view or for the scenario”. One way better “Frame the photo” in some ways, and so on make the universe and its staging much more attractive in the eyes of the players.

The animator, however, was not able to say for sure whether this technique was also applied to other elements of the game, such as the Blades of Chaos. He could simply confirm that this is not the case for the head of Mimir, that Kratos takes with him for a good part of the adventure. So the next time you dive back into God of War, you can take a closer look at this detail and try to see it with your own eyes. It will be all the easier that at the beginning of the year, Kratos and Atreus’ latest adventure has hosted a free PS5 patch offering the ability to enjoy the game in 4K and 60 fps. You now know what you have to do while waiting for the arrival of the next opus.

Other files: God of War PS4