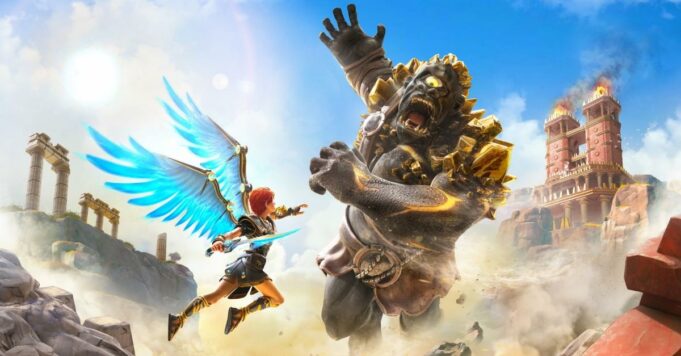 Sometimes fun, often frustrating, bugs that occur in a game rarely leave players indifferent. But it can happen that they are a real source of inspiration for developers. This is what Ubisoft Quebec revealed to us, which gave birth to Immortals Fenyx Rising following a bug that occurred during the development of Assassin’s Creed Odyssey.

At the end of 2020, Ubisoft launched a new license under the name Immortals Fenyx Rising. Halfway between Assassin’s Creed Odyssey and The Legend of Zelda: Breath of the Wild, the game developed by Ubisoft Quebec turned out to be a nice surprise for a good number of players and has thus collected rather positive feedback. And if the inspirations of these last two productions are more than undeniable joystick in hand, the fact is that this new title might never have seen the light of day without one of them, as one of its creators confessed to us in the columns of Game Informer.

Indeed, It was during the development of Assassin’s Creed Odyssey that the idea of ​​Immortals Fenyx Rising began to emerge.. A fact that will probably not surprise anyone as both have in common, whether in terms of gameplay mechanics or the game world. However, the funny thing about the story is that it’s through a development bug that the concept of the game really emerged. According to Scott Phillips, the director of the title, it all started with a problem causing the ship’s crew to be cyclops rather than humans.

“There was a bug back when you were sailing your trireme and instead of having a normal human crew you had a cyclops crew. We knew it wasn’t a good thing for Odyssey, but that’s also what sparked this idea of, ‘Actually, it would be really cool if we could break those historical ties and get into the mythology fully.’ .

Because if Assassin’s Creed Odyssey expansions already made it possible to take a more advanced step into Greek mythology, by leading us in particular in the world of the gods, the teams were forced to respect certain limits in order not to distort the spirit of the license, as explained by Julien Galloudec, associate game director. So, this desire of Ubisoft Quebec has been transposed into the heart of a brand new series, Immortals Fenyx Rising, which allowed developers to achieve everything they couldn’t do in an episode of Assassin’s Creed.