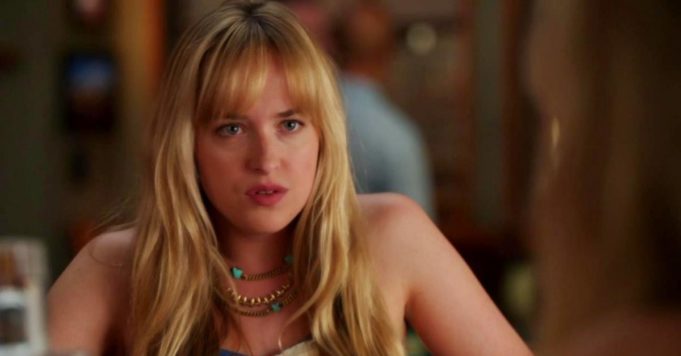 Dakota Johnson, the famous Anastasia Steele of the Fifty Shades of Gray saga, returns to television in a rather incongruous role.

While the filming of series had to be put on hold following the Covid-19 pandemic, fiction projects continued to develop. So, Dakota Johnson, who played Anastasia Steele in the film saga Fifty Shades of Gray, which would be less hot than 365 days a Polish drama broadcast on Netflix, decided to return to television for a role to say the least incongruous. “Go back” because in 2012, when she was only 22, the American actress was the heroine of a series called Ben and kate, in which she played a young single mother welcoming her particularly immature older brother. The program had lasted only a few episodes but had shown the comic potential of the young woman.

A comedic potential that Dakota Johnson will put into action in the series Rodeo queen, a mockumentary turned camera over the shoulder The Office – in which the actress has appeared elsewhere – immersing ourselves in the very colorful world of rodeo. This program, purchased by Amazon studios, will focus on a group of young women competing to get thehe coveted title of queen of the rodeo. For this new project, Dakota Johnson will don both the actress and executive producer cap while Christy Hall, co-creator of I Am Not Okay With This, of which our first impressions are, will be showrunner.