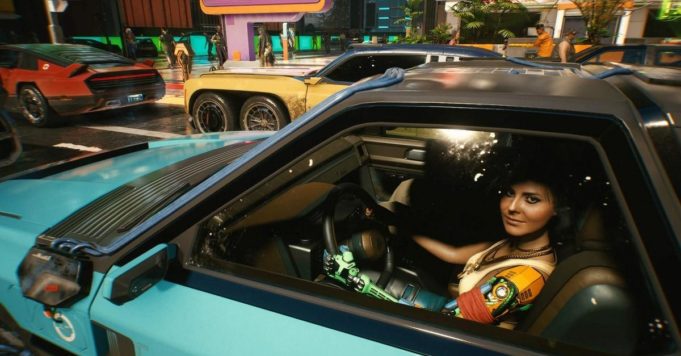 We come back to all the videos that marked the news of the week on the video game side, obviously with Cyberpunk 2077, which is revealed a little more than a month from its release.

One month before its release, Cyberpunk 2077 features cars and driving

A video for all car enthusiasts

It is undoubtedly one of the most anticipated games for the end of the year: after having been postponed several times, Cyberpunk 2077 will indeed be there from next month, and inevitably, to raise the hype, CDProjekt unveils information concerning him on a regular basis. This week, we had a new long presentation of the game, during which we were able to discover in detail the driving and the cars that will be available in the game.. Enough to wait for the few remaining days of waiting!

A cinematic that only Blizzard has the secret

To present the pre-patch for World of Warcraft Shadowlands, the eighth expansion of the MMO, Blizzard was able to concoct a small cinematic which only the company has the secret. As a reminder, this pre-patch brings the redesign of the levels (level 120 characters revert to level 50 – reaching max level 60 on Shadowlands), a new starting experience for new characters, and the Necromancy event, which will run until the expansion launch.

An ultimate edition for those who want all the characters

To rekindle interest in Apex Legends, Respawn and EA have unveiled the launch of a Champions Edition for the game. Detailed in this video, this edition notably contains all the characters available since the launch of the game, but also a whole bunch of new skins ($ 100 of cosmetics, legendary skins, a legendary weapon charm as well as a thousand Apex coins). Available for € 39.99, it accompanies season 7 of Respawn’s game.

Every year, it’s one of the most anticipated moments for all Overwatch players: the Halloween event. It is one of the favorite events of Blizzard gaming enthusiasts, and this year was no exception. For the occasion, we are entitled to a launch trailer which announces in particular the modes “The Vengeance of Dr Schakalstein” and “Endless Vengeance”, which will allow to face terrifying creatures in four player co-op. An event that will last until November 3.