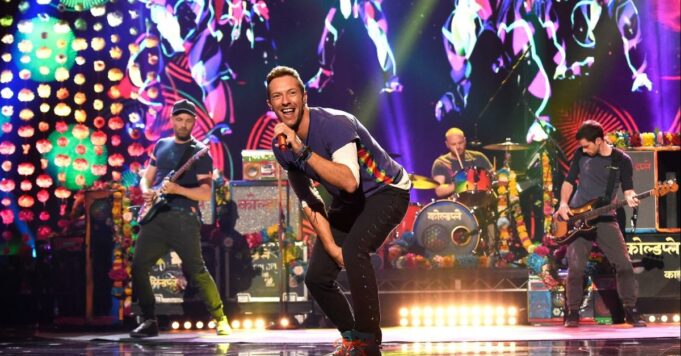 Coldplay has just released the very science-fiction music video for their new single “Higher Power”, you can discover it right here.

A few days ago, we invited you to discover the clip of Jul “So the zone”, as well as the release date of his next album. But today, it is in a British group that we are interested. May’s beginning, Coldplay announced their comeback with a brand new single, “Higher Power” who also launched from space during a video with astronaut Thomas Pesquet. The group has finally unveiled the clip, and all we can say is that it sends! The video directed by Dave Meyers is worthy of the biggest science fiction blockbuster. We share it with you just below.

The clip features Chris Martin, frontman of the group, in a post-apocalyptic setting of a ruined planet. Surrounded by a group of aliens, the singer dances very enthusiastically. “The video is a metaphor for how, right now, we all feel alienated, far from our world, almost like we are on an alien planet.” director Dave Meyers explains in a statement. “And finally we find love on the streets and that euphoria propels us into the stratosphere of our own energy and higher power.” he continues. So explore the galaxy with the clip of “Higher Power” ! And if you prefer French music, we suggest you go watch Tayc’s incredible performance with “Time” for Song of the Year.