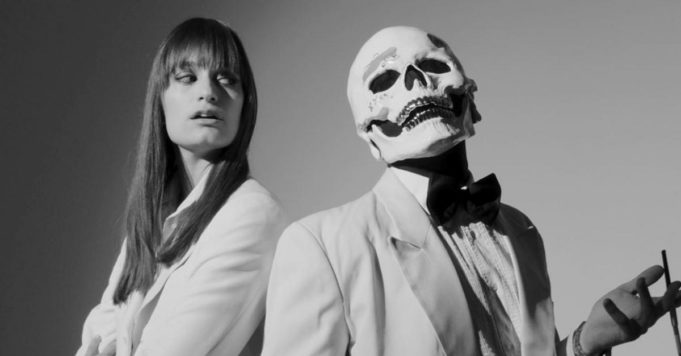 Clara Luciani unveiled the clip for “La chanson de Delphine”, the second extract from the reissue of her album Sainte-Victoire which she shares with Vladimir Cauchemar and which pays homage to the film “Les Demoiselles de Rochefort”.

While Amir has announced in song that she wants to take a break from her career, Clara Luciani will be back on the shelves on November 22, 2019 with the reissue of her album Sainte-Victoire. Above, fans of the tube performer “The grenade” and “Naked” can find five new titles including “My sister” or “Delphine’s song”, whose clip was released on November 12 on YouTube. Accompanied by Vladimir Cauchemar, the singer pays tribute to Michel Legrand by taking the music from the legendary film “Les Demoiselles de Rochefort” released in 1967 and directed by Jacques Demy.

“With my friends Vladimir Cauchemar and Mathieu Cesar, we wanted, in our own way, to pay tribute to Michel Legrand. It gave a video and a cover in which we put our three hearts and our immense love for the unique poetry of Les Demoiselles by Rochefort. This film will never cease to haunt me, to live in me like a heady dream and to bring me back to my childhood … always and irresistibly “ wrote Clara Luciani to his account Instagram. A simple black and white clip that is enough to sublimate the artists and make this surprising collaboration even more beautiful. Meanwhile, we learned that Harry Styles will be in concert in Paris in 2020 to defend his opus Fine Line.