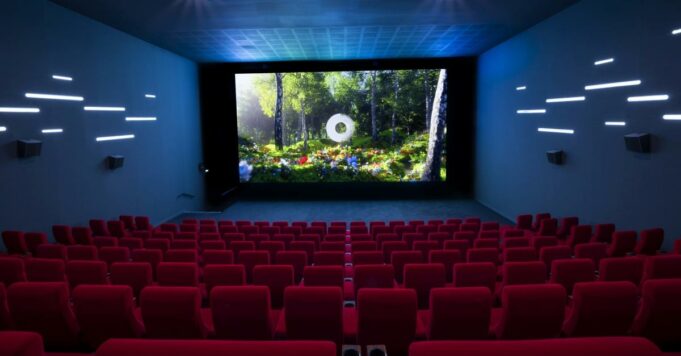 The quarrel between cinema and VOD is not new, but the health crisis has put it back at the center of the debate. So, have the multiple confinements and curfews really kept us away from dark rooms? In any case, they tip the scales in favor of the streaming giants.

Pandemic forces French cinemas were forced to lower their curtains on March 16, 2020 only to reopen them for only a few weeks, between the first two confinements last year. And, since October 28, the light has still not come back on. A dead end blow for an industry already weakened by the explosion of VOD (“video on demand”, video on demand in French). And for good reason, Netflix, Amazon Prime Video, Disney + and the others are popular, especially among Millennials who mainly praise their unbeatable prices.

The point of no return reached for cinema?

It is more and more difficult to contradict this young generation. While in France, the prices of cinema tickets keep increasing – a place costing on average 10 € according to the latest estimates from the Numbe site – it takes € 11.99 per month to take advantage of the standard offer of Netflix, and € 49 annually for Amazon Prime Video. Calculations are quick, aren’t they? Moreover, they were already well before the start of the health crisis. But we must admit that it has not at all arranged things, forcing the world of cinema to face the biggest storm in its history. Before the pandemic, France required studios to wait three years before broadcasting a film on platforms. An exclusivity rule in favor of cinema that many had nevertheless managed to transgress long before the Covid by opting for simultaneous broadcasting … Or for exclusive online release. And the recipe is winning!

Available for rental by Apple TV since its release on April 1, 2020, The Trolls 2: World Tour grossed more in three weeks of digital release at the studio, than the first installment in the saga in five months of theatrical release. A challenge taken up hands down by Universal Pictures, the distribution company that has inspired many others thereafter. Last speaking example to date: I want you, neither do I, the film of Ines Reg and Kevin Debonne directed by Rodolphe Lauga. Originally slated for theatrical release, the feature film was eventually made available on Amazon Prime Video on March 26th. A choice motivated by the desire of the duo to release it “as soon as possible”. And he would have been wrong to deprive himself because if the French rom ‘com’ finally received a mixed reception, it still aroused a real enthusiasm from its first week of release. An economic disaster for the “classic” broadcasters but also for the cinemas which, in addition to having had to give up shop for long weeks, could find themselves abandoned by a good number of French people. First of all, therefore, for their prices, but also because they have become accustomed, without even realizing it, to the comfort of a movie watched from the sofa at any time.

The misfortune of some … Makes the happiness of others!

The famous adage has never been so true: the misfortune of some definitely brings happiness to others. And the others here are the streaming platforms and of videos on demand. In addition to making the race ahead of consumers, they also make the eyes soft on the professionals of the sector who have however often put them aside. Remember in 2019, the Netflix VS The Cannes Film Festival. She had spilled a lot of ink! For the second year in a row, no original film from the American giant had been selected by the festival for the official competition. In question, a rule established by President Pierre Lescure and his teams: feature films in official competition must be released in cinemas. But while the organizers have just announced the return of the Cannes Film Festival next July, the cards may have been reshuffled. Pandemic and postponed exits oblige. The full list of the official selection will be unveiled on May 27 and could have many surprises in store for us.

In the meantime, the gap between these two worlds is gradually disappearing. The catalogs of the videos on demand continue to expand and diversify, attracting more and more followers. Moreover, the initiative taken by MK2 and Netflix in April 2020 to deal with the new health measures has largely won over moviegoers. By including some great classics of French cinema, signed Truffaut, Demy, Dolan and many others, to its long list of proposals, the streaming giant has gained legitimacy with an audience that is still sometimes reluctant. There is no doubt that some author films are released exclusively on the platform …

Authors’ films could do well

For the moment, no date for the reopening of theaters has yet been announced by the French government but, when the deadline is set, the industry will have to face a new major challenge: that of defining its priorities. There are indeed almost 500 french movies and foreigners on the waiting list. Traffic jam in sight… The major risk being that theaters opt for rotation and that the films made in France benefit from even less visibility in the face of ever more powerful blockbusters. And the plan to reopen cinemas does not bode well on that side either. In an interview given to French movie, the National Federation of French Cinemas (FNCF) said that the reopening of cinemas would be done in three stages, all interspersed with four weeks. Gauges will then be set up in the rooms: 35% then 65% and finally 100% for the third and final phase.

So not sure that the first spectators to return to the theaters opt for French-speaking auteur cinema. However, all is not yet lost. Some movies might even do quite well. And for good reason ! The releases of most of the blockbusters expected by the public have been postponed to 2021 or even 2022. This is the case of Dune, the next James bond To die can wait and the little one frenchie OSS 117: red alert in black Africa which will not be screened until August 4. An unprecedented situation which could give a large advantage to auteur cinema, with big budget films and Hollywood blockbusters having therefore for the most part been postponed. The genre could then benefit from a more available audience. More encouraging still: the French very much want to find the dark rooms and they let it know! According to a study conducted by the Vertigo agency last April, 63% of them want to reconnect with cinemas as soon as they reopen. An encouraging figure which even climbs to 67% among 15-24 year olds. Moreover, solidarity has already been organized for several weeks around this environment in crisis. Demonstrations all over France to demand the reopening of places of culture, free pubs and even online jackpots: this should give hope to professionals in the sector. Business to follow (as soon as an official re-opening date has been announced …).