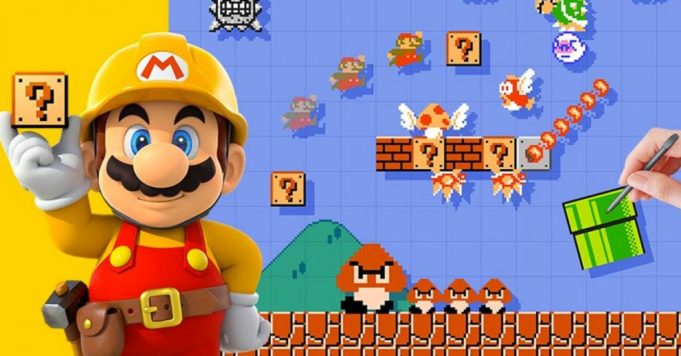 It’s been 5 years now that Nintendo has allowed all players who want to become full designers of Mario levels: Super Mario Maker, first of the name, celebrates its birthday in September.

This week, we were able to celebrate Mario’s 35th birthday. For the occasion, Nintendo was able to announce a compilation of remasters of 3 of its cult 3D games: Super Mario 64, Super Mario Sunshine and Super Mario Galaxy. But this is not the first time that Nintendo has prepared something for the birthday of its famous mustached plumber: 5 years ago, to celebrate the 30 years of its mascot, the Japanese firm was able to launch Super Mario Maker. A revolutionary game, since it allowed any player to take up the space of many game sessions with the level designer cap.

Not only can players create levels here based on styles from Super Mario Bros., Super Mario Bros. 3, Super Mario World and New Super Mario Bros. U, but they can otherwise play the creations of many other players around the world. In other words, it’s a game for all types of players: those who will appreciate the creative aspect of the game and the long sessions to think about a way to make its level as successful as possible, and those who prefer jump right into the action and play without having to worry about that aspect. Obviously, success is there, even if the weak sales of the Wii U, on which the game was released, prevented it from becoming a bestseller that year. Thankfully, Nintendo subsequently caught up with a sequel, Super Mario Maker 2, released on the much more popular Nintendo Switch, but that’s a story for later.

The story behind this first opus is particularly interesting: Originally, the game was originally designed as an internal development tool for Nintendo’s development team. In other words, a way for the team working on the Mario games to create levels in a simple and fun way at the same time. Finally, this same team realized the potential of such a concept, and offered to make a game in its own right to Takashi Tezuka, producer of the Super Mario series. What a good idea ! Finally, sales are pretty good, if you take into account that it is a Wii U game: in the space of a month, the game has sold 1 million copies. in the world. Faced with this success, a port of the game is launched on Nintendo 3DS, the tactile capabilities of the portable console perfectly match the concept of the game.. Then in 2019, Super Mario Maker 2 has arrived on Switch, with a whole bunch of new features that greatly add to the gaming experience.