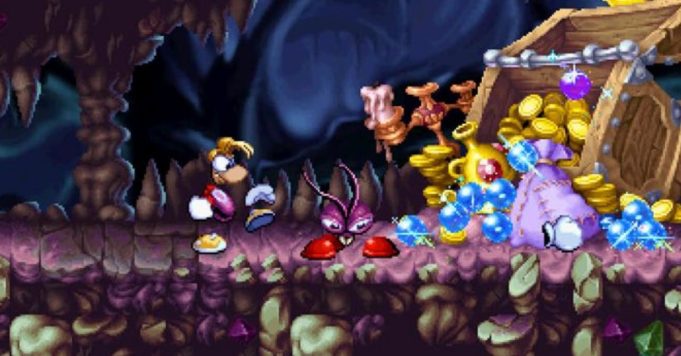 It’s party ! One of the most famous French games in video game history is celebrating its 25th anniversary this year: Rayman, Ubisoft’s mascot in the 90s, is now a quarter of a century old and worth celebrating!

If we had to find a mascot to represent video games in France, it would certainly be Rayman. The famous character without arms and legs is one of the most emblematic of the 90s, without rising to the rank of Mario and Sonic at the same. It will undoubtedly have allowed Ubisoft to sit in the video game landscape, whether in 2D or 3D. So It would be a shame to forget the influence of Rayman, in particular for the influence of French video games in the world, especially since it is celebrating its 25th anniversary this week.

It’s no secret: the character of Rayman comes out of the imagination of designer Michel Ancel, responsible for some of the absolute classics of the firm Ubisoft. He was subsequently responsible for the cult Beyond Good & Evil, and dedicated most of his career to the development of the Rayman license. But let’s go back to the origins of the character. In 1992, Michel Ancel and Frédéric Houde started working on a new game concept for the Super NES. The designer was then only 20 years old. In 1994, the PS1 and presented, and its technical capacities largely superior push Ubisoft to take again the project from zero.

But the bulk of the concept is already there, it will remain: Rayman has a cartoonish appearance, he is shown with a purple torso with no arms or legs, and he wears white gloves, yellow sneakers and a red scarf.. In 2011, Michel Ancel talks about the design of his character: “as I wanted a character able to run, swim and fidget in all directions, I drew him without arms or legs, which makes it easier to stage “. Rayman was released in September 1995, and it would become the success we know today.. The game will also be published for various platforms such as the Game Boy Color in 2000 or the Game Boy Advance in 2001. Subsequently, the Rayman series was able to develop, going through the platform genre in 3D and then returning to its sources. 2D with the Origins and Legends opuses in 2011 and 2013. A French success as we like them!