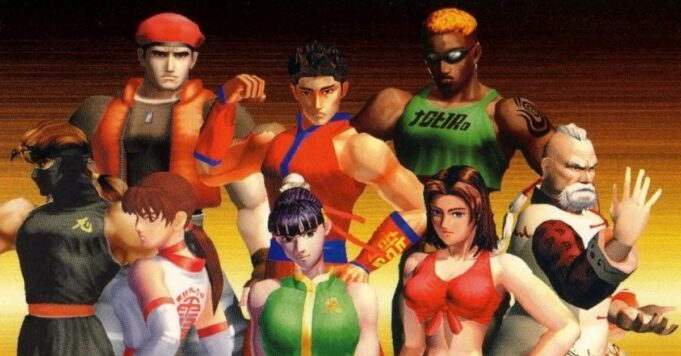 In an ultra-competitive environment where many are looking to find a place, Dead or Alive has succeeded by becoming one of the favorite fighting games of players. Return on the first opus of the license of Tecmo, which celebrates its 25 years this week.

One more. In the late 1990s, the video game boomed and saw many iconic licenses appear. Licenses that have stood the test of time and whose anniversary is being celebrated in 2021. Among them are in particular the fighting game Dead or Alive, which was released on November 26, 1996 on the Sega Model 2 arcade machine in Japan. It was There are 25 years, so. Back then, fighting games were really on the rise. Licenses like Street Fighter (Capcom), Virtua Fighter (Sega) and Tekken (Bandai Namco) were very popular with players. This is why the editor Tecmo, who was on the verge of bankruptcy, decided to take the plunge too. This is the studio Team Ninja who inherits the task.

As a Virtua Fighter fan, Tomonobu Itagaki, the creator of the game, takes inspiration from Sega’s work by offering a 3D fighting game where each character has his nationality, his history and especially his fighting techniques. From a marketing point of view, he decides, however, to give the game a more provocative image, convinced that the combination of sexuality and violence would make good entertainment. Upon its release, Dead or Alive is indeed a great success. Beyond the dynamism of the fights, the title particularly appeals to the public for its innovations compared to its competitors. This includes in particular a counter system, which makes it possible to carry out counter-attacks on his opponents, but also evolving arenas, the scenery can change depending on the player’s actions vis-à-vis it during the fight.

In October 1997, the game is ported to Sega Saturn only in Japan. This version includes new modes and a new intro. Success will be there again since 92,000 units will be sold in just 12 hours. In total, 161,000 copies will find buyers. But Tecmo doesn’t stop there. In 1998, Dead or Alive was ported to PlayStation and thus became the first game designed for a Sega arcade machine to arrive on a Sony console.. For the occasion, it benefits from reworked graphics, two new characters as well as the addition of new costumes and musical pieces. Considered the ultimate version of Dead or Alive, this version will eventually be released on arcade in Japan under the name Dead or Alive ++.

In the space of two years, Team Ninja’s game will therefore have met with great commercial success and enabled Tecmo to get out of its financial problems. A master stroke that will obviously push the publisher to continue on this path and to make Dead or Alive a new recurring franchise. In 1999, a second opus soberly titled Dead or Alive 2 was released, first on arcades then on Dreamcast and PlayStation 2. The success is again at the rendezvous, even more than with the first opus sinceit is still considered today as one of the best fighting games of all time. It will be followed by a multitude of sequels and spin-offs in the following decades, the latest episode being Dead or Alive 6, released in March 2019.

Other files: Dead or Alive 5